Reverend Robert Montgomery will conduct the funeral service on Sunday, … 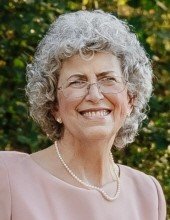 Reverend Robert Montgomery will conduct the funeral service on Sunday, December 12, 2021, at 2:30 p.m. at the Lewisburg First Presbyterian Church. A brief Eastern Star Ceremony will be held at the beginning of the service. Burial will follow in Sunset Park Memorial Gardens. The family will visit with friends on Sunday from 12:30 p.m. until service time and again following the committal service at the church.

Born on May 16, 1953, in Portsmouth, VA, she was the daughter of the late James Horace Davenport and the late Mary Louise Bateman Davenport. Joy was an employee of Walmart for over thirty-two years and served as Customer Service Manager. Her work ethic reflected an emphasis of “kindness” and will forever be ingrained with her family, friends, and those she served. This exemplified her genuine warmth and love for people. Joy’s greatest love in life was her family. She was a caring and giving wife, mother, sister, and grandmother. Joy enjoyed quilting and basket weaving and was known for her many sewing projects. She was a Past Matron of Lewisburg Chapter #318 Order of the Eastern Star and was an Appointed Grand Officer for the Tennessee Grand Family in 2012. Joy was a devoted member and elder of the Lewisburg First Presbyterian Church. She has left a legacy to her family of God’s amazing love and grace and was a Christian example to all who knew her.

Bills-McGaugh & Hamilton Funeral Home is honored to assist the family with funeral arrangements.