LEWISBURG — Something as simple as an early morning jog is supposed to be a safe outlet for anyone.That tragically wasn’t the case for Memphis mother and teacher Eliza Fletcher.Fletcher … 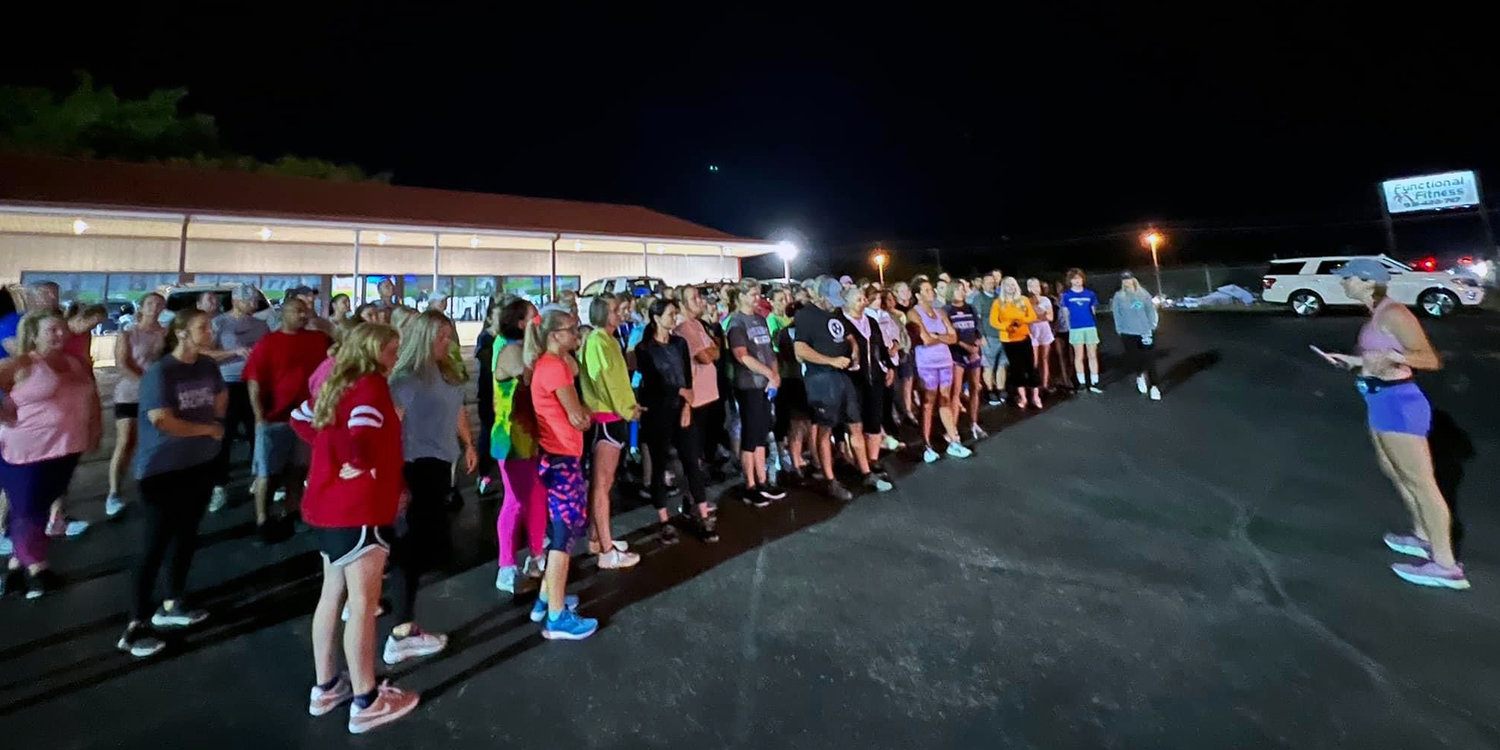 Runners gather to honor the life of Liza Fletcher, whose life was taken during a pre-dawn run on September 2.
Submitted photo 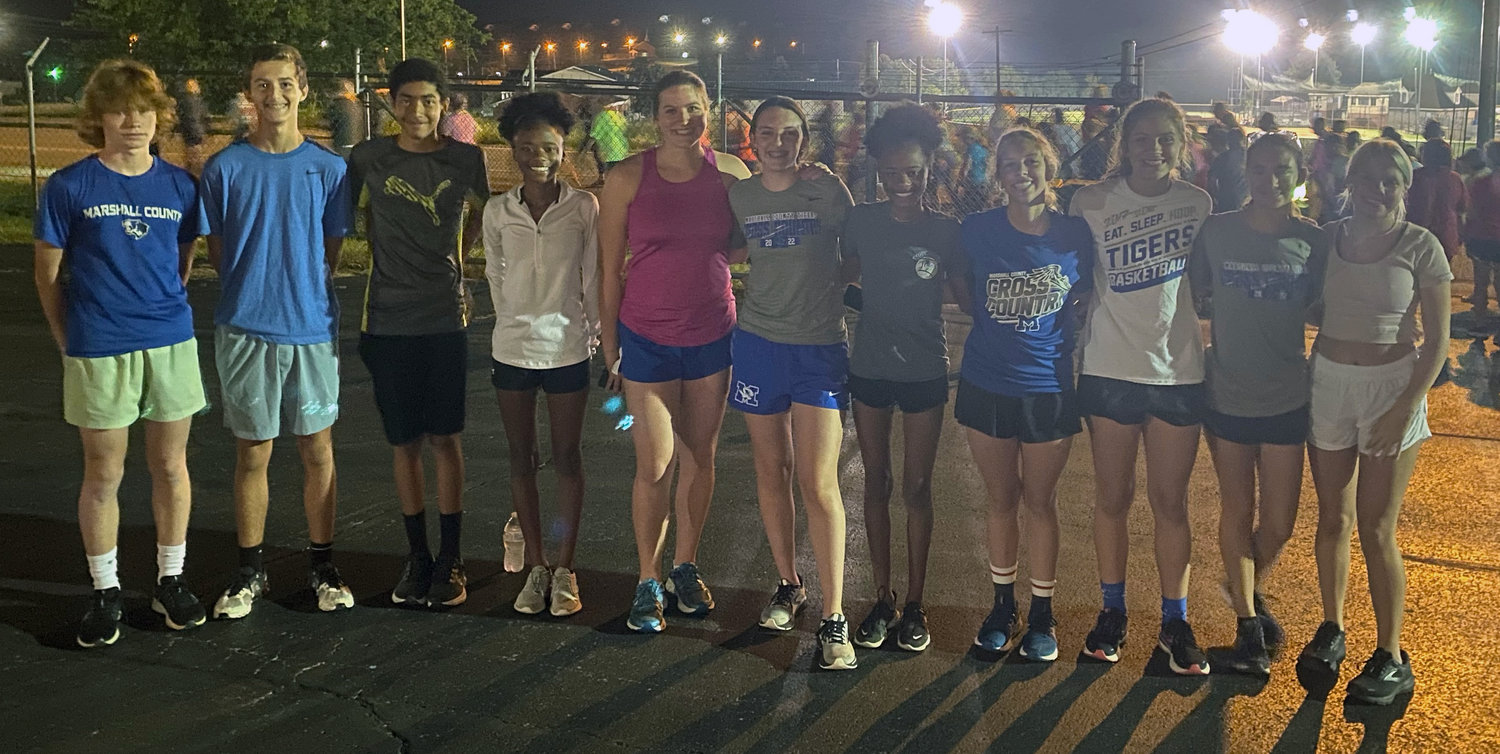 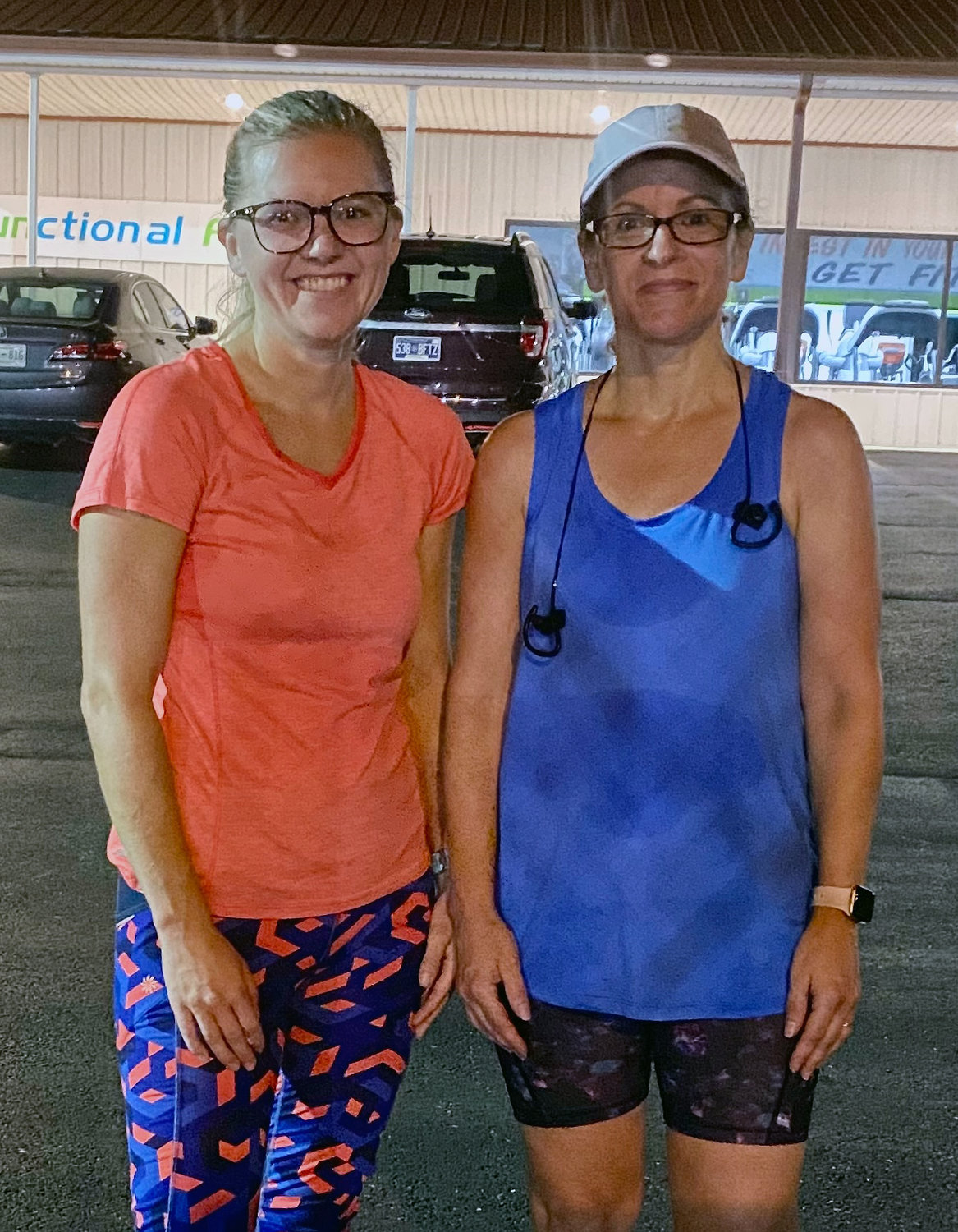 Tiffany Tubville (left) and her friend Jane Burnett both took part in the run to honor Liza Fletcher.
Submitted photo
Previous Next
Posted Wednesday, September 14, 2022 9:58 am
By Chris Siers ~ sports@t-g.com

LEWISBURG — Something as simple as an early morning jog is supposed to be a safe outlet for anyone.
That tragically wasn’t the case for Memphis mother and teacher Eliza Fletcher.
Fletcher was abducted and murdered during an early morning run on September 2.
Her murder sent shockwaves throughout the nation and the response created a voice that would not be silenced.
Across the nation, women gathered at 4 a.m. on Friday to finish Fletcher’s run and locally, 75 runners and walkers joined in the early morning hours to finish her run.
The 4 a.m. meeting time symbolized the time Fletcher left for her final run on that fateful morning.
The local runners gathered at Functional Fitness and the baseball/softball association lit up the morning sky with the field lights.
Runners had three distances to choose from, ranging from one to three miles.
Leading the way, the Marshall County High School cross country team set the pace for the run.
Those who honored Fletcher in the run joined their voices in unison for those women who enjoy even the simplest of sports like running will not be overshadowed by those who would do them harm.
“After putting out the initial invite, it quickly became evident that a chord was struck, especially among the women of our community, and more parking would be needed than Functional Fitness could provide,” Jennifer Wenneker said.
Wenneker helped organize the event and promoted the outreach to get runners to join for the run.
“It was heart-warming to see our young people leading the way. In my mind, that was very symbolic. They will be instruments of societal change that we desperately want and need to see,” Wenneker added.
Runners from across the nation hosted similar runs in solidarity that stand as a stern opposition to violence against women.
Amber Wright was another participant who joined in finishing Fletcher’s run and she said the emotions of joining other local women in the run were overwhelming.
“I wasn't expecting to be so full of emotion while getting ready that morning. To know it was her last time doing some of the things we don't even think about like tying our shoes, brushing our hair and teeth, when we arrived to the ball field that morning,” Wright said.
“To see so many of our friends there was just, wow. Jennifer's speech said it all. We should never have to take exercise away from our daily routines just because we have to protect ourselves. It was simply overwhelming, yet a blessing to be able to do that run.”
Many runners felt a connection to Fletcher, being a runner, mother and even a teacher.
“Eliza being kidnapped while running hit close to home for the running community. We can all relate to trying to get our run in whenever it’s possible in our day, and as a similar aged wife & mother of two young kids myself my heart breaks for her family that she couldn’t come back home to because of this evil act committed,” Tiffany Tubville said.
The local turnout in the gathering on Friday morning symbolized so much more than just a memorial run, but a voice of opposition to violence against women.
“It was touching to see the support from our local Marshall County community that early in the morning at 4:20 a.m., Friday September 9th, knowing that many other communities around Tennessee were also meeting to honor Eliza Fletcher’s life, the passion she had for running, and to grieve her tragic death by an awful crime,” Tubville said.
Safety in running is always a concern for women runners, but from the turnout of those on Friday, members of the walk, run and cycle community have been impacted Fletcher’s death.
Her story has impacted many runners she never even met by drawing the community closer together and putting a spotlight on runner safety.
“I spoke to two ladies afterwards about races we’ve done, and it’s amazing how the shared interest can bond us together. I hope that our running, walking and cycling community continues to grow because not only is it wonderful way to stay active, but it’s also a great way to make friends that look out for each other,” Tubville added.
Marshall County High School cross country runner Kamea Johnson agreed when asked why she wanted to run in the early morning hours on Friday.
“We wanted to finish Eliza’s run and to show that people care of all ages,” Johnson said.
If Fletcher’s story has told society anything, it’s the fact the running community will not stand for such injustices and has brought together an even closer solidarity.
While Fletcher was unable to finish her run, the local community banded together to finish it for her.