Holts Corner, Tenn. – For 100 years, the Manier family has cared for their rolling hills, meandering creek, and fertile pastures in Holts Corner. Now, they can take comfort in knowing that the 90 acres they have farmed for a century will be conserved for future generations. ... 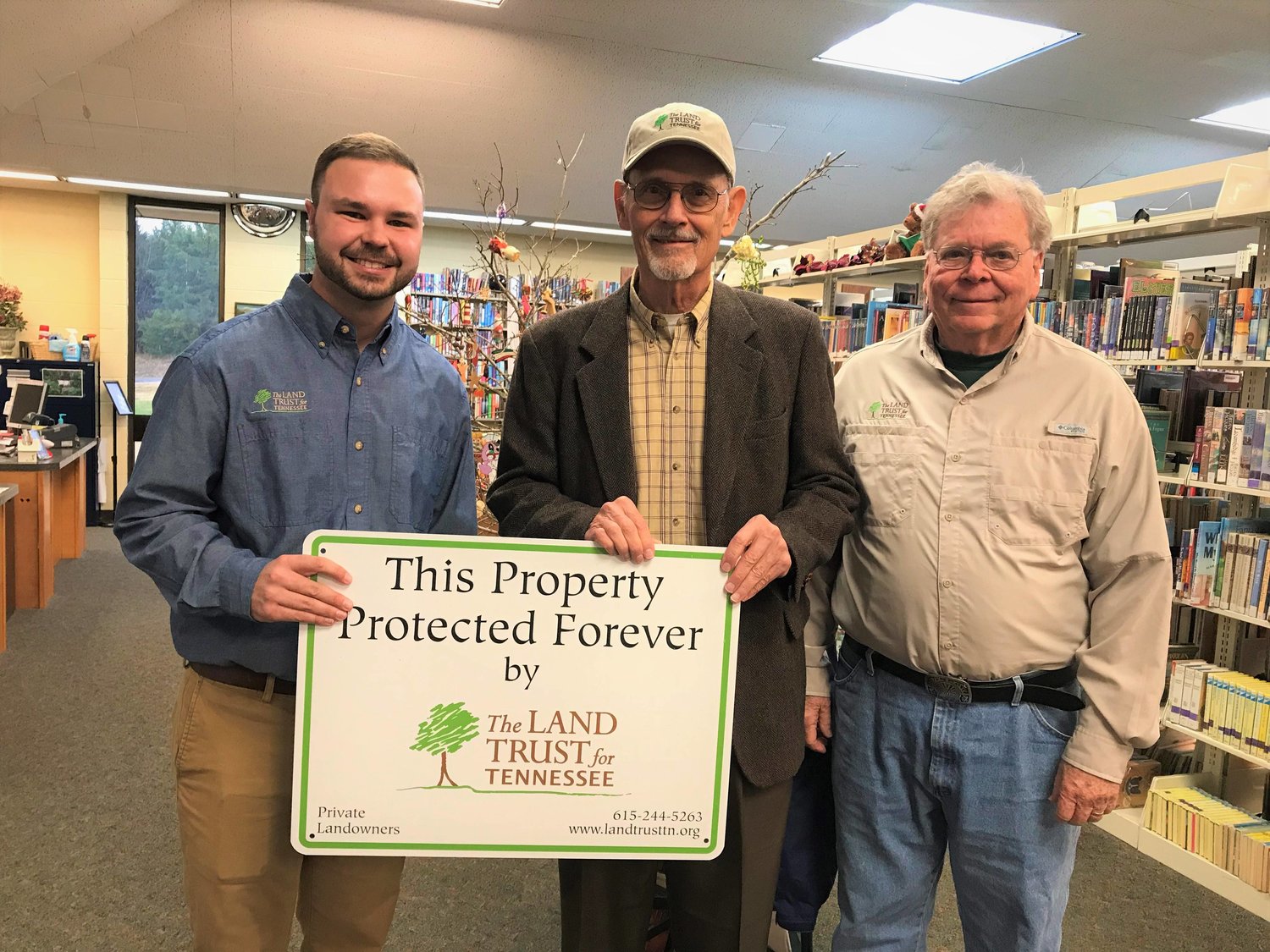 Holts Corner, Tenn. – For 100 years, the Manier family has cared for their rolling hills, meandering creek, and fertile pastures in Holts Corner. Now, they can take comfort in knowing that the 90 acres they have farmed for a century will be conserved for future generations. In December 2018, Hal Manier partnered with The Land Trust for Tennessee to permanently protect his family’s farm. By finalizing an agreement with The Land Trust, Manier ensured that this land cannot be erased and future owners will have the opportunity to care for the land, just as he and his family have.

“The price of the land was only a down payment compared to the total cost,” Manier says. “The total cost involved blood, sweat, tears, pain, sacrifice, and hard work. But,” he continues, “the land also brought rewards, which included happiness, contentment, satisfaction, and that security which comes from knowing that there is always a refuge—a place to call home.”

Manier and The Land Trust used a legal agreement called a “conservation easement” to limit the future development of the land and protect its scenic, agricultural, and natural attributes. Hal continues to own the farm—he did not donate it or give up the land. The Land Trust’s obligation is to ensure that the legal agreement is permanently upheld. Hal and future owners of the land can still farm and build barns, sheds, and other agricultural buildings. He can cut timber with a forestry management plan. And he can lease the land to a farmer, sell it to a new owner, or pass it on to an heir. What he and future landowners can’t do is build dozens of houses on the land, chop up the property into small lots, or put in a commercial development. The conservation easement prohibits actions like this, and Manier believes that this is a good thing.

Data shows that it can be good for the community and county, too. Statistics from the United States Census of Agriculture show that Marshall County lost over 12,000 acres of land in farms from 2002 to 2012. For a county with such a strong rural and agricultural history, this loss is significant. Losing farmland can also be hard on the economy. The University of Tennessee Institute of Agriculture notes that agriculture’s total estimated economic impact in Marshall County was $216 million in 2015. Understanding the importance of farmland, The Land Trust now protects 7 farms in the County and over 200 statewide.

“It’s an honor to help landowners conserve their land,” says The Land Trust for Tennessee’s Project Manager Brooks Lamb, a Marshall County native. “Because of this work, farms like Hal’s will continue to be community assets for generations to come.”

Reflecting on his decision to protect this land and remembering all the time he’s spent feeding cows, hauling hay, and planting seeds, Manier is satisfied, and he’s hopeful for the farm’s future. “Ralph Waldo Emerson wrote, ‘If a man owns land, the land owns him.’ It is true,” he says. “My sister or I will be the last of my line to live on this place, and I am grateful to The Land Trust for Tennessee for helping keep it forever intact. It is my fervent desire that those who own it after us will, as Emerson suggested, ‘let the land own them’; that they will let the land become a part of them and they a part of it.”

For more information on the Land Trust of Tennessee and their programs, contact them at 615-244-5263.

Commission fills one seat, no interest in another

School Board honors Teachers of the Year