CHAPEL HILL — It was all Forrest Rockets on Thursday night in Chapel Hill in a near shutout against the Community Vikings.

Only 51 seconds into the game, Tristan Goad scored the first … 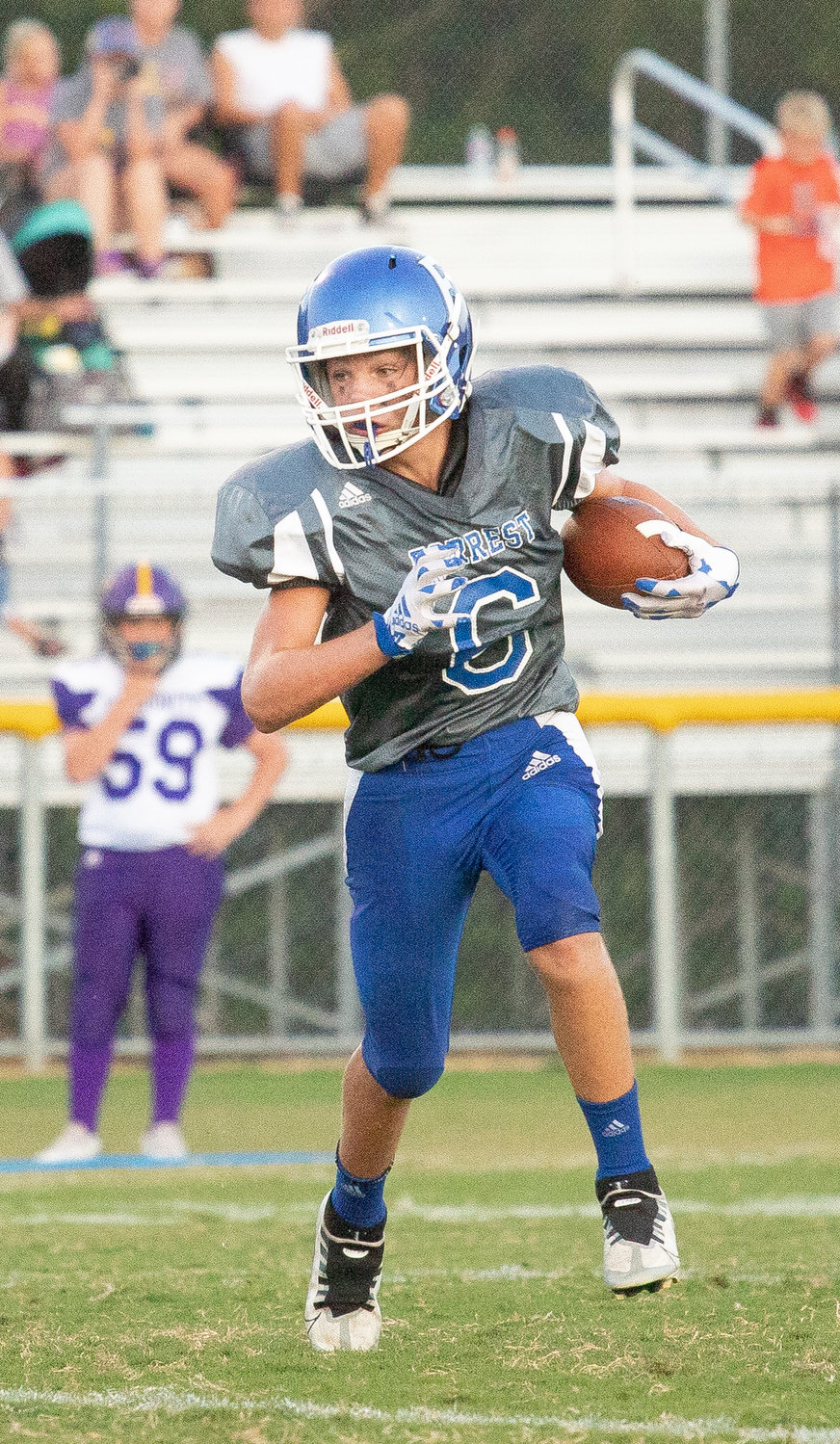 Tristan Goad carries the ball for the Rockets.
Tribune Photo by Kacy Kincaid
Posted Wednesday, August 31, 2022 9:11 am
By Kacy Kincaid ~ Sports Writer
CHAPEL HILL — It was all Forrest Rockets on Thursday night in Chapel Hill in a near shutout against the Community Vikings.
Only 51 seconds into the game, Tristan Goad scored the first touchdown for the Rockets on a 59-yard run, with Jacob Tincher adding the extra two.
Turning the ball over on downs, the Vikings were unable to answer, and a few minutes later Fletcher Fields tacked on another touchdown.
The two-point conversion was good on an Isaac Cruse pass to Fields.
Unfortunately for the Vikings, the quarter continued to spiral.
A Community punt ultimately resulted in another Forrest touchdown from Tincher. Cruse and Fields connected again for the extra two, making it 24-0 with 2:44 remaining in the first quarter.
Beginning the second quarter, Cruse completed a pass to Aiden Beard, putting the Rockets at the six yard line.
Tincher stayed on fire, crossing into the end zone, not only for the touchdown, but the two-point conversion as well, bringing the score to 32-0 with a lot of game left to play.
Forrest rounded out the half by returning a punt and recovering a Community fumble, which led Forrest to a 48-0 advantage at halftime.
The Rockets came out of the locker room still fully loaded. Adrian Elkins scored on a kickoff return to begin the third quarter. Jon Hightower went on a 22-yard run and Quincy Mitchell finished off the possession with a 42-yard dash to the end zone. At the end of the third quarter, the Rockets led 56-0.
Mitchell didn’t slow down in the fourth quarter, scoring on another nice run, while Hightower took care of the extra points. Showing their determination with only 40 seconds left in the game, Community quarterback Jarrett Yancey crossed the goal line, and Kaeden Hensel sealed the extra two.