Each year brings about local highlights that impact and shape a community’s history, and 2021 was no exception for Marshall County.Filled with highs including state championships and lows that … 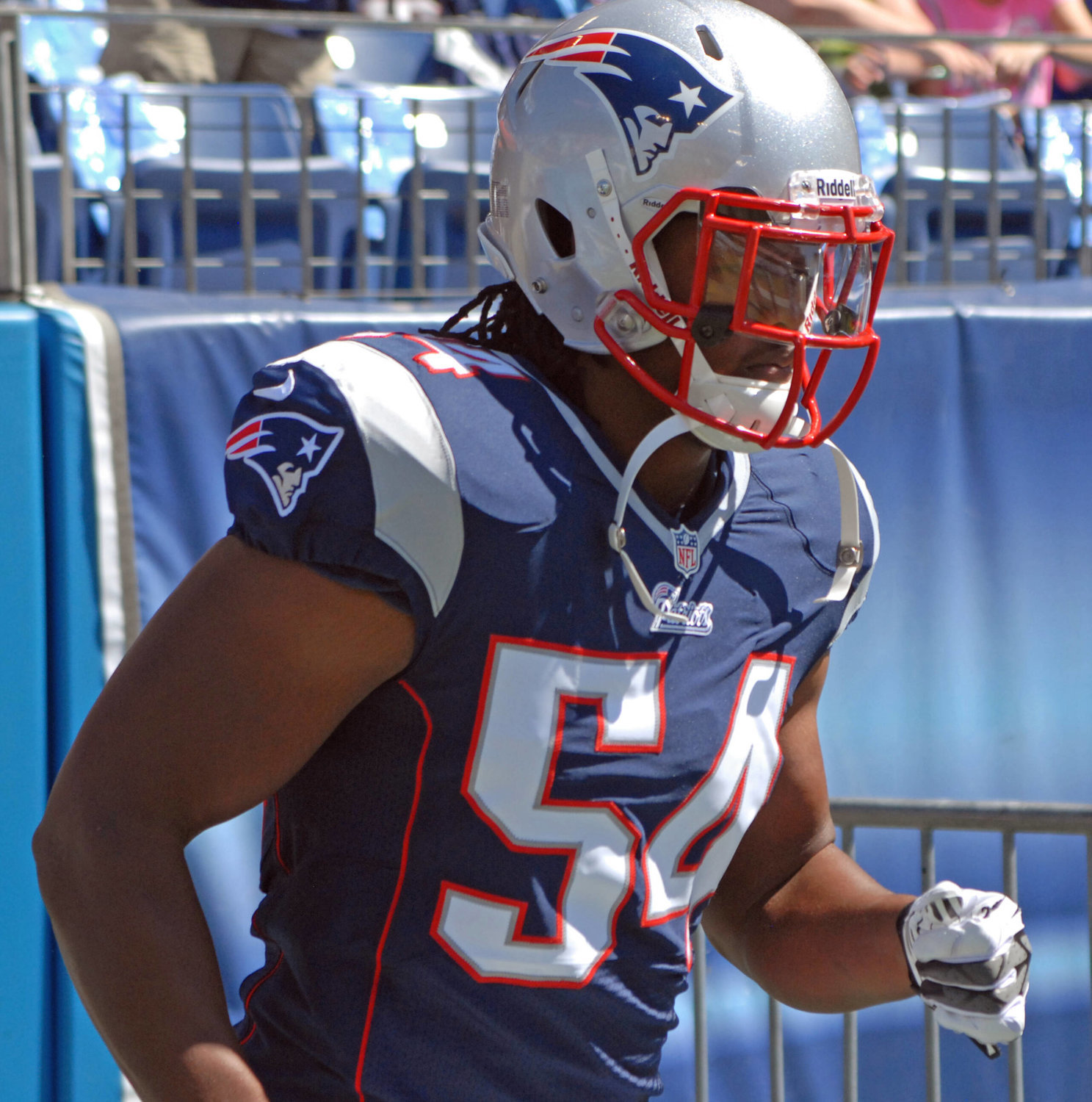 Dont’a Hightower made his return to the New England Patriots in the 2021-2022 season after opting out in 2020 due to the COVID-19 pandemic.
File Photo 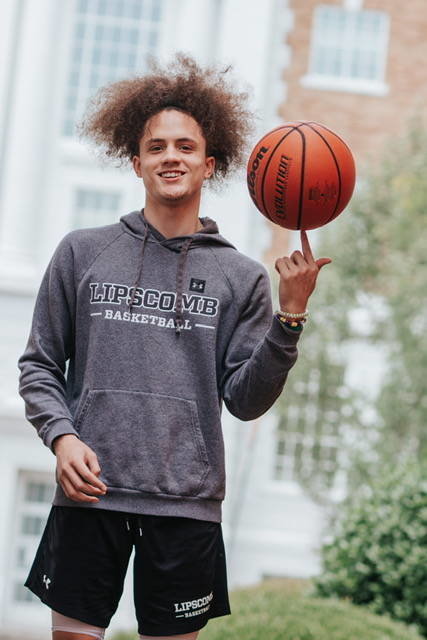 K.J. Johnson made quite the impact for the Lipscomb Bisons as he avoided a sophomore slump and became a key contributor among the starters.
File Photo 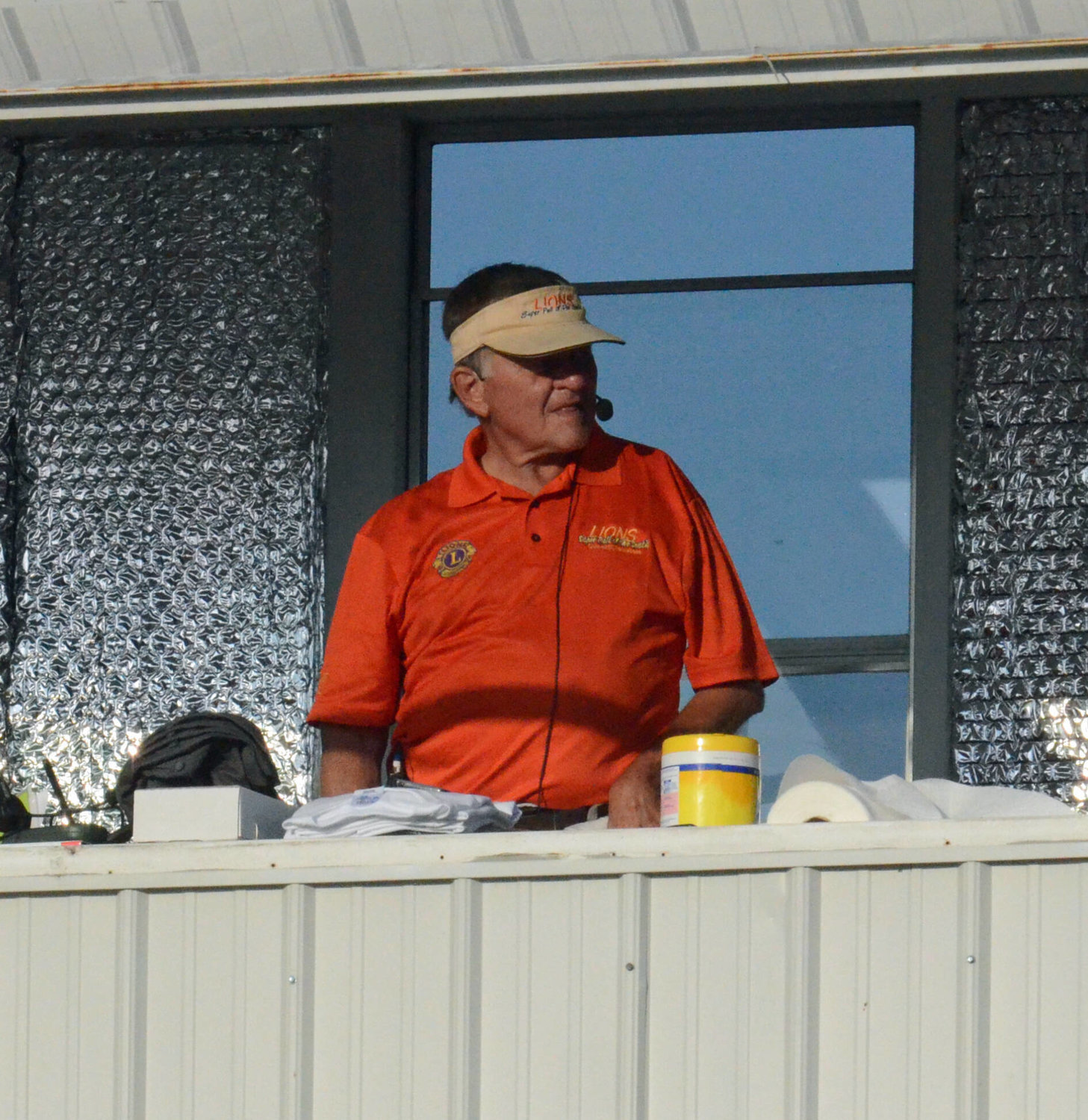 The Chapel Hill and Super Pull community lost a legend in January when Lions Super Pull of the South chairman and announcer Chris Gilbert passed away.
Tribune Photo by Anthony S. Puca 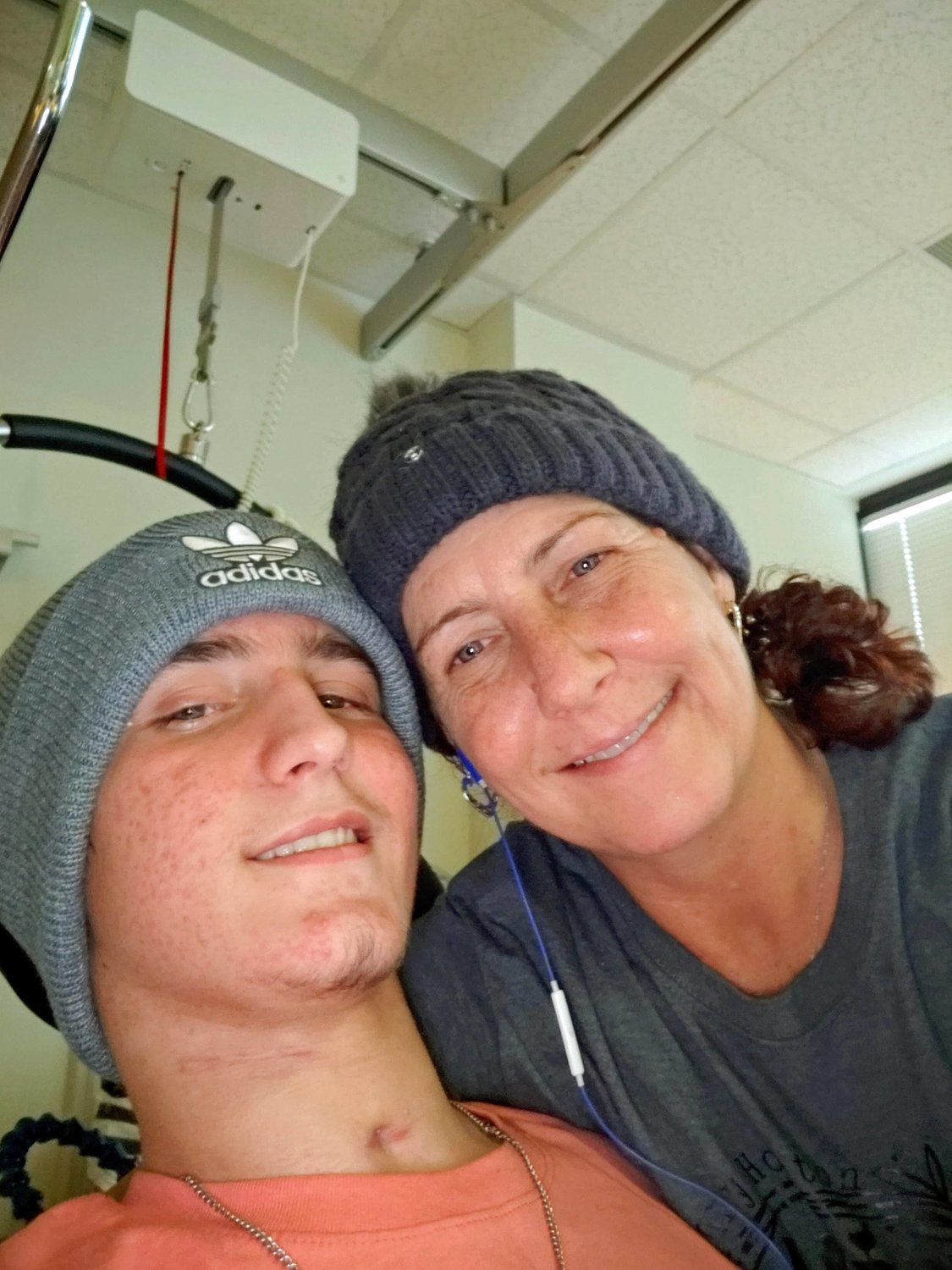 Each year brings about local highlights that impact and shape a community’s history, and 2021 was no exception for Marshall County.
Filled with highs including state championships and lows that included the passing of key community figures, the sports world was filled with plenty of headlines.
Here is a list of the top five sports stories from 2021.

5. KJ Johnson sees success at Lipscomb
As athletes get into college competition, there’s a widely-known stigma of the “sophomore slump” in which players don’t quite live up to their freshman outings.
Former Marshall County Tiger and two-time Mr. Basketball winner K.J. Johnson saw avoided the sophomore slump at Lipscomb University and turned in quite the second-year campaign with the Bisons.
Johnson started in 20 of Lipscomb’s 21 games and averaged over 30 minutes per game during the 2020-2021 season.
He was second on the team in 3-pointers, knocking down 28 last seasons for a .389 % and he shot a .479 % from the field.
His stellar shooting didn’t let up at the free throw line, either.
He clocked in at nearly an 80% effort and finished third in the ASUN.
Of the 21 games, Johnson recorded 16 double-doubles, scoring 20-plus points three times and a season-high 25 points against Freed-Hardeman.
During the 2021-2022 season so far, he’s logged a season-high total against Birmingham Southern.

4. Hightower returns to Patriots after opting out in ’20
When the global pandemic broke out during the spring of 2020, the impact felt on athletics was felt at every level in every sport.
When it became clear during the 2020 fall season that sports could resume, many players, both in college and professional levels opted out of competition.
New England Patriot linebacker and former Marshall County Tiger Dont’a Hightower did just that, but made his return to the sideline earlier this fall.
Hightower highlights a New England Patriot defense that finds itself on the cusp of the playoffs in the post-Tom Brady Era.
Hightower has been a mainstay for Bill Belichick’s defense, having recorded 37 solo tackles and half a sack so far this season.
The Patriots have been in a heated battle with Buffalo Bills for control of the AFC East for much of the season.
New England currently has a 9-6 overall record, with games against Jacksonville and Miami left on the schedule.

3. Gilbert inducted to NTPA HoF
In January of this year, the Chapel Hill community lost a legend among the tractor pull community with the passing of Chris Gilbert, who was the face and the voice of the Super Pull of the South.
Gilbert also announced Forrest High School football, basketball, baseball, and softball for many years at WJJM.
His dedication to the Super Pull and the Chapel Hill community was unmatched and he will be sorely missed.
“All you have to say is Chris, you don’t even have to say his last name,” Lions Club president Ricky “Goose” Sweeney said. “Chris Gilbert is going to be missed for many, many years for a long time to come because of all his contributions to the community, especially the schools and all the other things he did people don’t even know about.”
“Talk about a man who knew the tractor pull, he was the tractor pull and as far as I’m concerned still is the tractor pull.”
Not many people outside the Super Pull world actually know the extent of Gilbert’s contribution to the event that was his 365 day passion as he travelled across the country as the ambassador, securing sponsorships for the event and assembling pullers from all over the country to come to Chapel Hill for over four decades.
“You can’t have a tractor pull without the pullers and Chris had a great rapport with every one of them,” Sweeney said.
The Lions Club Super Pull has grown in to one of the premier events on the NTPA circuit and for a couple of weeks in July, the entire community pitches in to welcome the pullers and their fans from all over country.
Later in the year, Gilbert was inducted into the NTPA Hall of Fame for his efforts in making the Super Pull of the South one of the premier tractor pulls in the Southeast.
*Original reporting by Anthony S. Puca

2. Micah McClendon comes home
The 2020 football season saw one of the scariest football injuries in the area when Forrest Rocket Micah McClendon suffered an injury against Moore County.
It came on a first-down play when McClendon broke up a pass attempt by the Raiders.
McClendon didn’t get up after the hit, but all in attendance were expecting him to like he always does. He didn’t get up and laid motionless on the field as emergency first responders attended to the 15-year old.
After about 30 minutes or so McClendon was taken by ambulance to the Monroe Carell Jr. Children's Hospital at Vanderbilt where it was determined that he had suffered a fractured vertebrae in his neck.
McClendon’s injury pulled the community together as banners and stickers were seen throughout the community, “MicahStrong” to support the injured Rocket.
After months of medical care in the midst of the ongoing global pandemic, McClendon returned home in January.
Micah, who celebrated his 16th birthday on December 4, has come a long way after many surgical procedures at Vanderbilt Children’s Hospital, followed by a rehabilitation period at the Sheppard Center in Atlanta.
Although the pandemic has kept most people from having direct contact with Micah during all of the uncertainty and tears, his family has been by his side and the community (far and wide) have been squarely in his corner with their never-ending prayers and monetary support through a myriad of fund raising and just a ton of kind, human efforts to help out.
“We just I want to thank everyone so much for the overwhelming support from our amazing community that we love so much and all of the surrounding communities from all over, including the other states,” Micah’s mom Laura McClendon said. “Just so much continues to pour in for Micah and as he regains more strength in his upper body we are confident and faithful for all the progress that this New Year is going to have for him.”
“I just want to send out thanks to everyone and let everyone know that we can’t do it without you all!”
*Original reporting by Anthony S. Puca

1. Forrest softball wins back-to-back titles
In Forrest’ first title season in 2008, they came out of the loser’s bracket and beat defending state champion Trinity Christian Academy twice in the championship round. In 2015, they swept away the competition, winning all four games they played for ring number two. In 2017, Forrest was in the driver’s seat, only to lose twice to Meigs County on championship Friday.
Two years later, the Lady Rockets pulled off another clean sweep for the school’s third state title and then the Covid-19 pandemic erased the 2020 campaign, denying that senior class a chance of winning consecutive titles.
At the TSSAA Spring Sports State Championships in Murfreesboro, the Lady Rockets let Lexington back in the chase with a last inning 4-3 loss in game one before they bounced back in a big way at night, defeating the Lady Tigers 4-2 in the second championship game to claim back-to-back state titles.
“Hats off to the girls, they did not like that first loss,” Forrest coach Shelby Lightfoot said. “The big thing for them is they know how to win and find a way to win and we gutted it out and came through.”
“Between the games we said our negatives, we got out everything we needed to get out and we told them coming in that nobody beats you, Forrest beats Forrest and that’s what happened, so you have about 15 minutes, it hurts and it should hurt, and then you have got to let it go with a clean slate and come out and be ready to play and that’s what they did.”
Ashley Milligan closed out her senior season in dramatic fashion as she held Lexington scoreless for six and one third innings before back-to-back home runs cut the Forrest lead in half at 4-2.
All season long, when Milligan has gotten in some troubled spots, she has responded with strikeouts and that is exactly what happened again in the dead clutch as she whiffed two out of the next three batters to keep the Class 2A title in Chapel Hill.
“The conversation before the game was that this has to be your best one whether you have it in you or not,” Lightfoot said. “I thought the game before we threw too many balls, so I told her to go after them a little bit more and this is the last time you will wear that ‘F’ on your uniform so how do you want to be membered with that across your chest and I thought see did a great job stepping up to that challenge.”
Milligan gave up five hits, struck out 10, and walked two Lexington batters.
Forrest (31-4-1) finished with its eighth 30-plus win season in the last 20 years and improved their state tournament winning record to 45-31.
Including the 2002 season when they went 38-5 and finished as runner-ups for the first time, Forrest has compiled an incredible 554-136-5 record with four state titles (2008, 2015, 2019, 2021), four runner-up finishes (2002, 2007, 2009, 2017), and has made 18 state tournament appearances in 20 years.
“This is the first time in history (back-to-back) that this has ever been done and it was a big deal for us,” Mealer said. “Especially coming in after losing that first game this morning, just to show that we were not giving up or giving in was a big deal for me and I’m so proud of our underclassmen who were a little flustered at not doing as well as they thought they should.”
“It was a great team win, we worked our tails off to get where we are, so I’m just so proud of this team.”
If not for the Covid-19 pandemic, it very well could have been a three-peat.
“We all felt like we won this for those seniors who did not get a chance to do this last year,” Milligan said. “We did this for you, we love them so much and wanted to do this for them.”
*Original reporting by Anthony S. Puca

No overtime? No problem for Lady ‘Dawgs