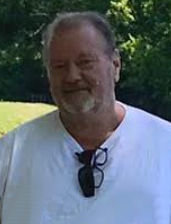 Funeral services will be conducted Sunday, Jan. 23, 2022, at 2:30 p.m. at Oakes & Nichols Funeral Home. Burial will follow in Rose Hill Cemetery. The family will visit with friends Sunday from 12 p.m. until service time at the funeral home.

The family suggests memorials to the Maury County Animal Shelter, 1233 Mapleash Ave. Columbia, TN 38401 in Jeff’s honor due to his love for his beloved dog, Dexter.

Born December 26, 1960, he was the son of Lesa Edwards Brooks and the late Andy Brooks. He was a 1979 graduate of Columbia Central High School. Mr. Brooks enjoyed fishing, grilling, cooking, wood working, and gardening.

In addition to his father, he was preceded in death by his brother, Jason Brooks.

Condolences may be extended online at www.oakesandnichols.com.