After disposing of Loretto in the Class 2A loser’s bracket final Saturday morning in the Spring Fling XIX at Murfreesboro, the Forrest Lady Rockets got their re-match with tournament unbeaten Alcoa … 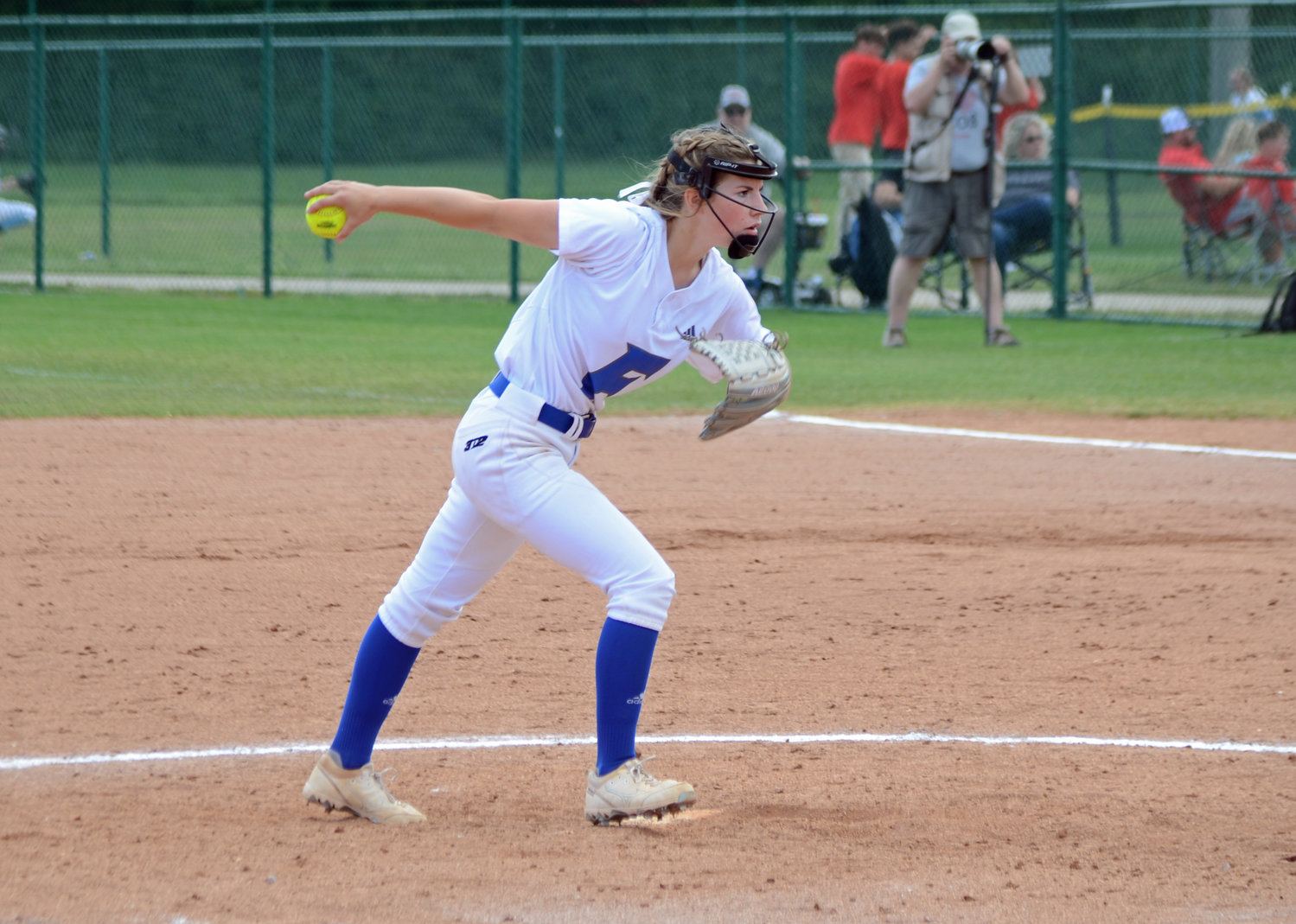 Freshman Emory Hall picked up the win in the circle for the Lady Rockets, who beat Alcoa 11-5 to force a second title game in Saturday’s Spring Fling XIX Class 2A finals at Starplex in Murfreesboro.
Tribune photos by Anthony S. Puca

Abby Ferguson gets ready to touch home plate and get mobbed by her teammates after slamming a two-run homerun in the third inning. 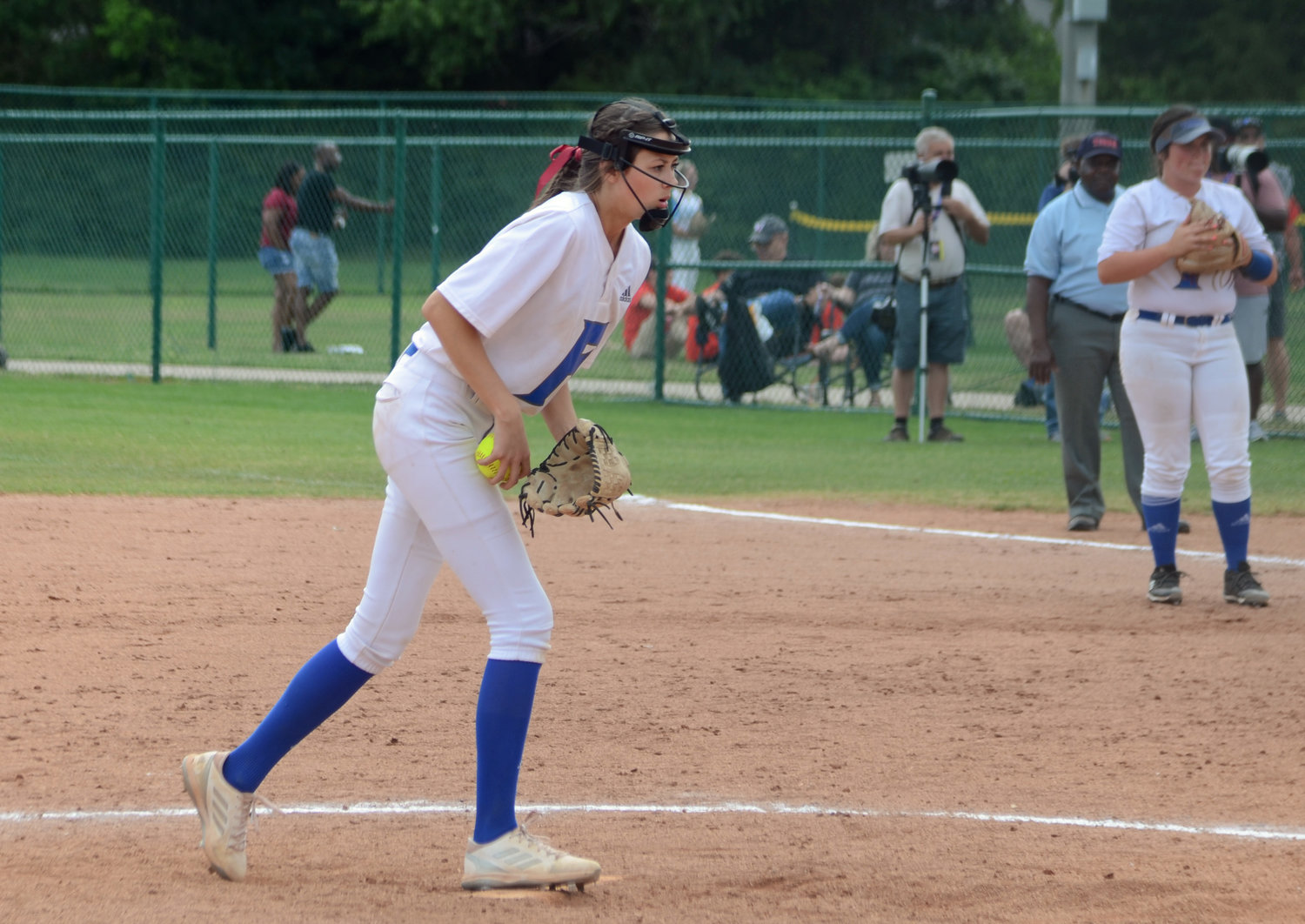 Freshman Ella Chilton came on to pick up the save, tossing the final two innings. 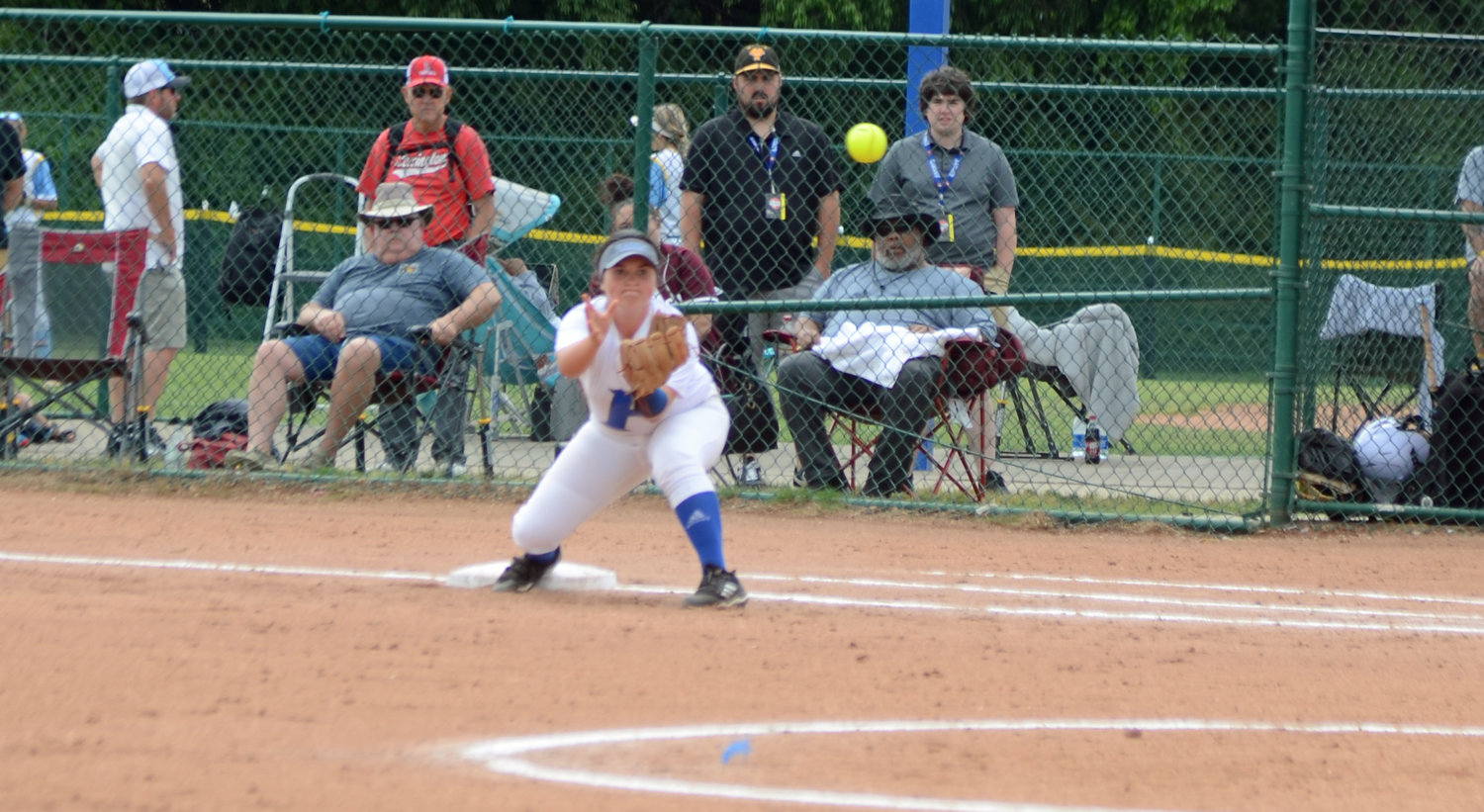 Forrest first baseman Carli Warner gets ready to make the catch on a throw from third baseman Christa Warren in the first inning. 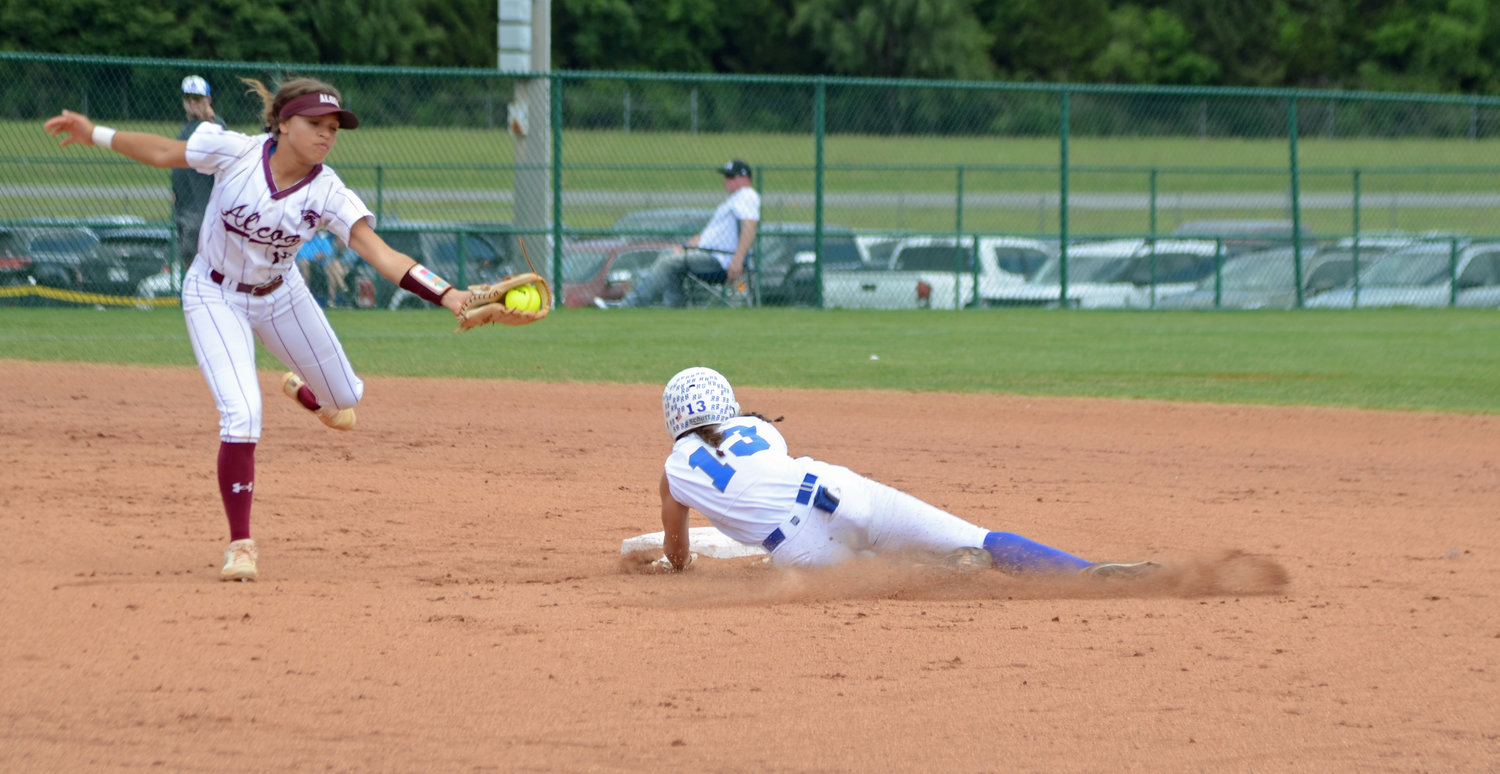 Addison Bunty steals second base in the second inning, but was called out on a questionable decision of leaving first base early by the umpire. 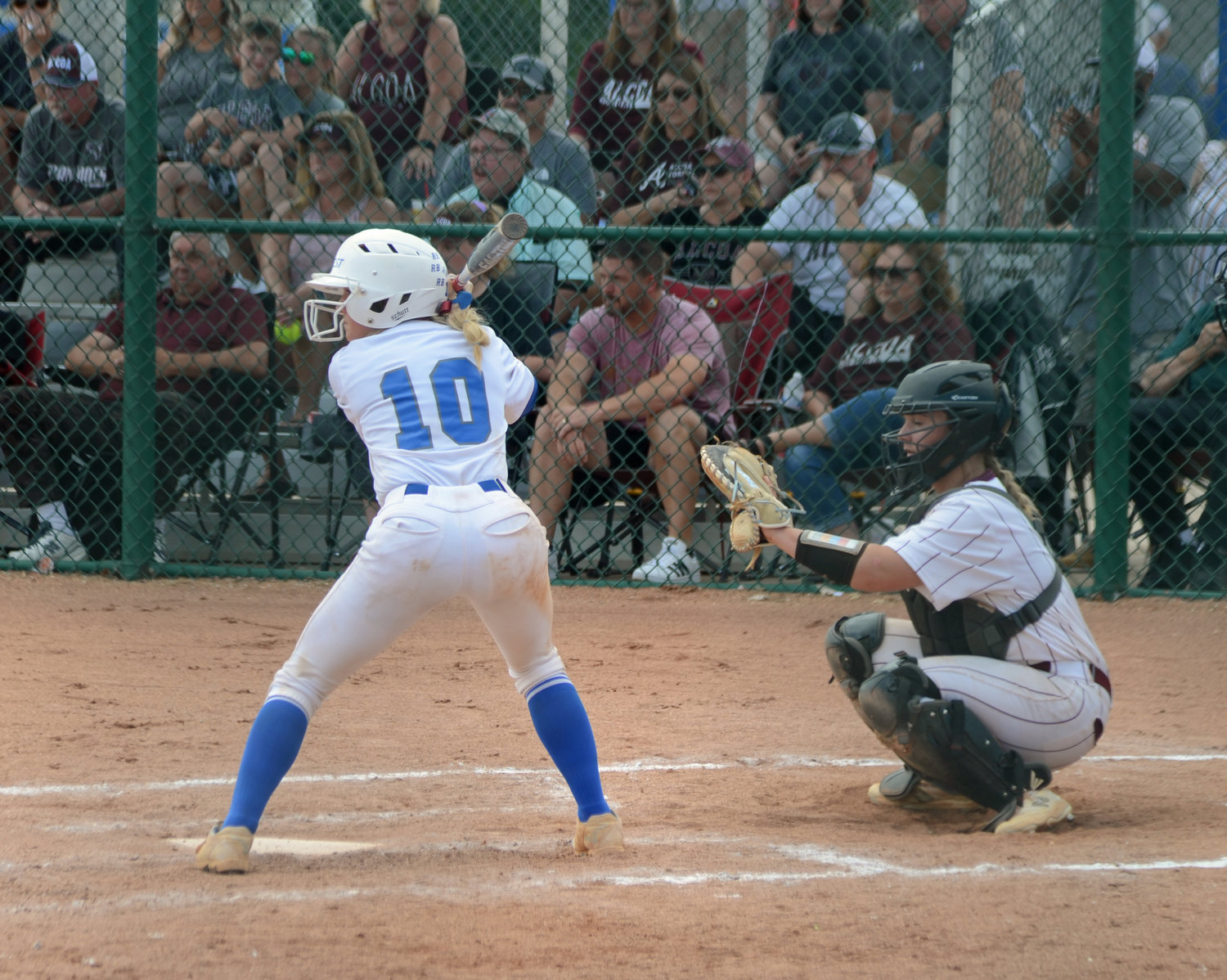 Forrest catcher Parker Wales, who was a rock behind the plate the entire season for the Lady Rockets, went 2-for-4 with an RBI versus Alcoa in Game 1. 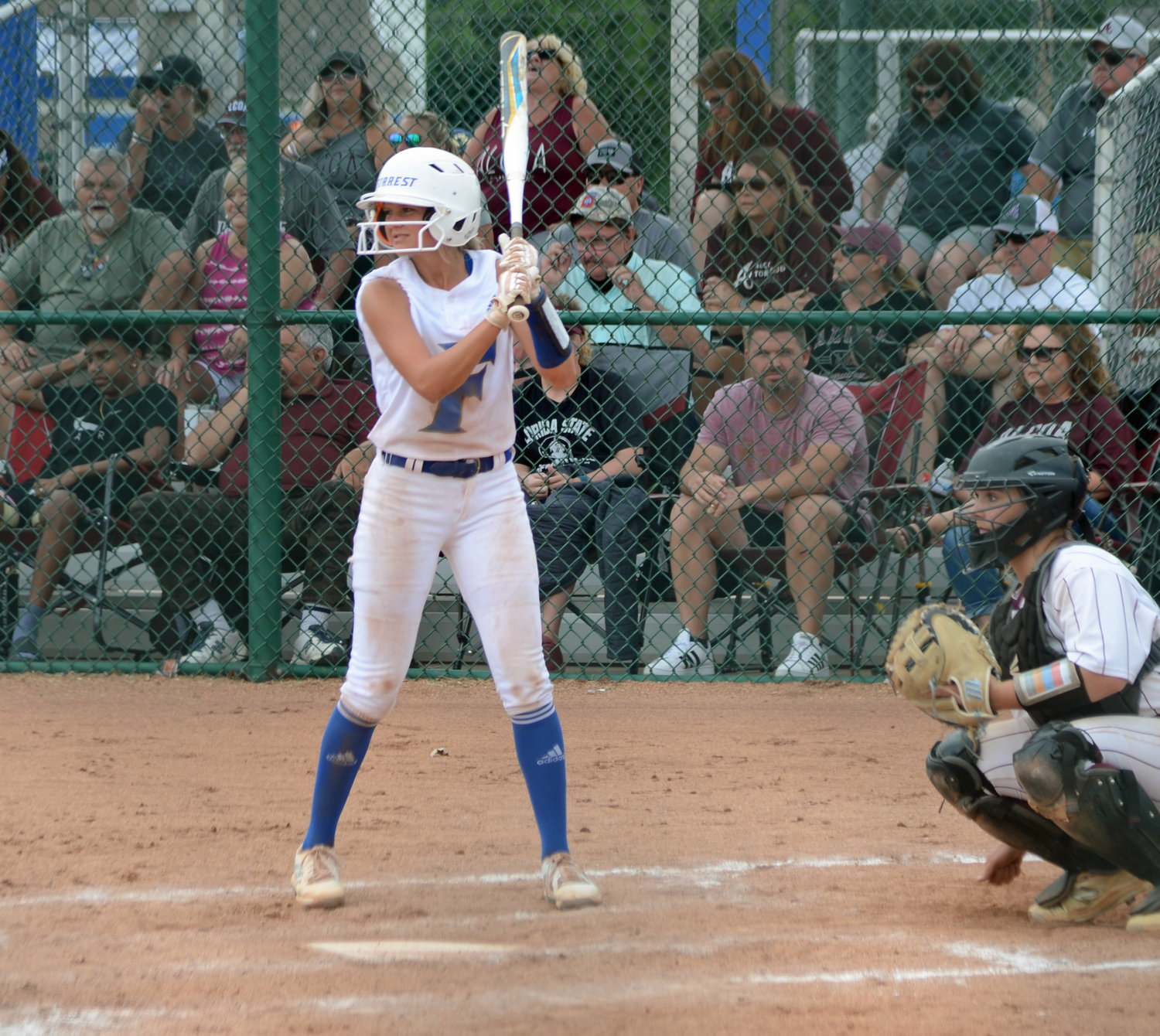 Macyn Kirby gets ready to slash a two-run single in the sixth inning.
Previous Next
Posted Tuesday, May 31, 2022 9:09 am

After disposing of Loretto in the Class 2A loser’s bracket final Saturday morning in the Spring Fling XIX at Murfreesboro, the Forrest Lady Rockets got their re-match with tournament unbeaten Alcoa in the first championship game.

It was win and survive to play the if necessary second title game and Forrest responded as four-time state champions do, coming up with some clutch pitching and explosive offense in an 11-5 win.

A pair of freshmen pitchers completed a very successful season in the circle for the Lady Rockets’ youngsters as Emory Hall took the ball and tossed five solid innings, giving up three runs (two earned) on eight hits while striking out one and walking zero Tornado batters.

“We were taking it one game at a time and for Hall, who hadn’t had a lot of pitching time even before district tournament came out and threw an amazing game,” Forrest coach Shelby Lightfoot said. “Hats off to her because for her to come in and not getting a lot of pitching time to come in and shut it down was huge to get us to the championship game.”

Ella Chilton came on to pitch the final two innings and the talented freshman gave up two runs (zero earned) on three hits while striking one and walking none.

Forrest banged out 12 hits in the contest with Abby Ferguson, Macyn Kirby, Addison Bunty, and Parker Wales all coming up with two hits apiece.

Ferguson bashed a three-run homerun in the top of the third inning to give Forrest a rare early lead, but the Tornados came back quickly on a two-run homerun by Olivia Emert in the home half of the frame to make it 3-2.

Hall was in control for most of the next two innings before Alcoa tied the game at 3-3 on a two-out RBI Single by Dylan Jablonski, but the go-ahead run was cut down at the plate on a great throw from Ferguson in center to Wales at home plate.

Hall got the final out that ended her stint in the circle and her teammates picked her up in a big way, exploding for five runs in the top of the sixth inning.

Burnham led off with a double, Wales singled to left field, and Maggie Daughrity walked to load the bases before two runs scored via an Alcoa error on a ground ball by Kirby, making it 5-3.

Ferguson and Christa Warren also reached on Loretto errors as three more runs came to plate with Forrest opening up a five-run lead at 8-3.

The Tornados came up with two runs in the home half of the inning before Forrest added a trio of insurance runs in the top of the seventh inning with Bunty leading off with a bunt single and taking second base on a throwing error.

Burnham followed with another bunt that was misplayed by Alcoa and Wales drove in Bunty with a fielder’s choice RBI and reached first base when the throw to the plate to try to force Bunty was late.

Daughrity drove home Burnham and Kirby knocked in Wales to make it an 11-5 contest.

Chilton was in control in the circle and induced three consecutive ground ball outs to finish the stellar relief job to cap Forrest’s 30th win of the season and send the Lady Rockets to their ninth state title game since 2002.

Tigers’ run ends in 2nd round of playoffs

Marshall Co. primed for Lexington in 2nd round match up