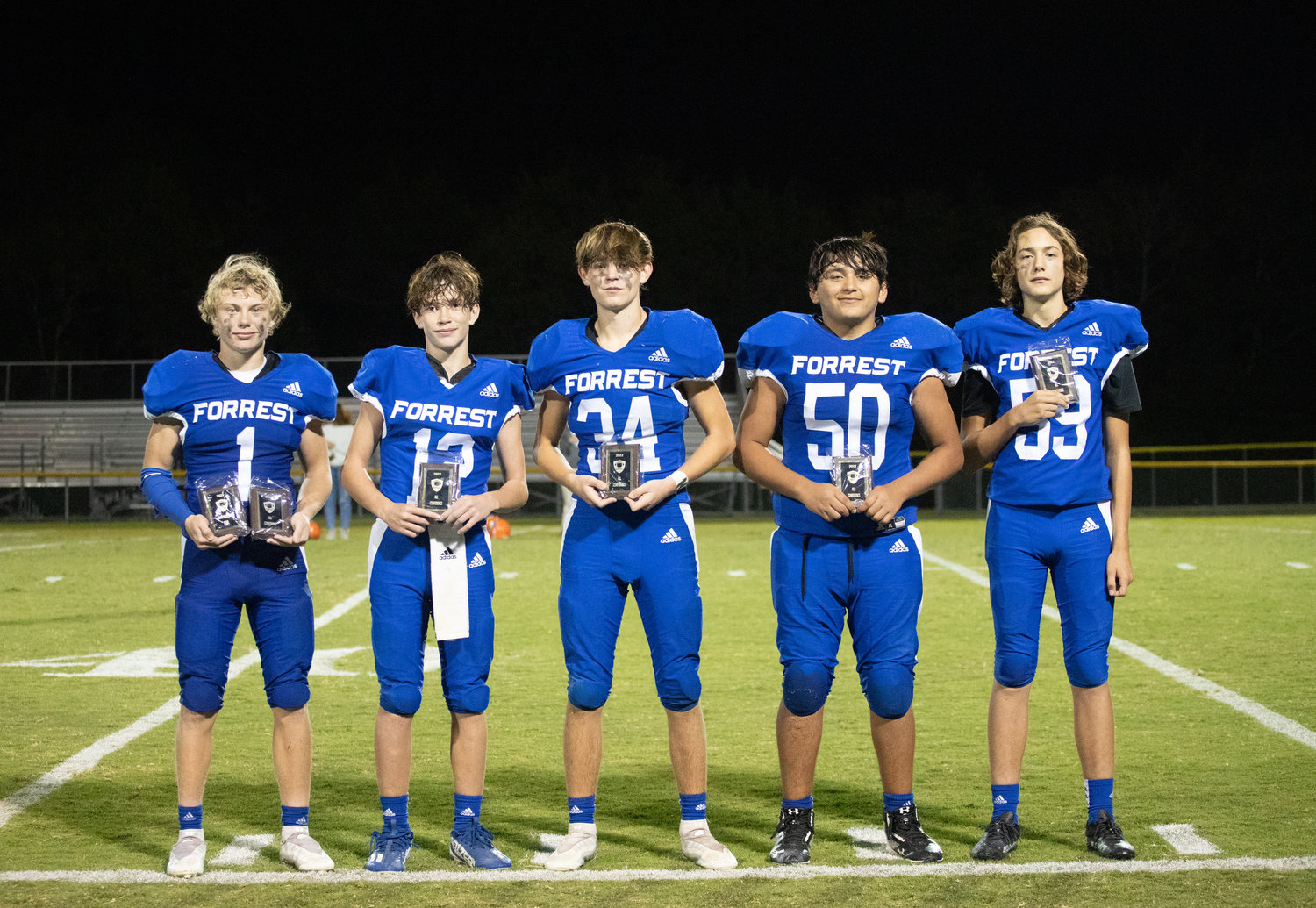 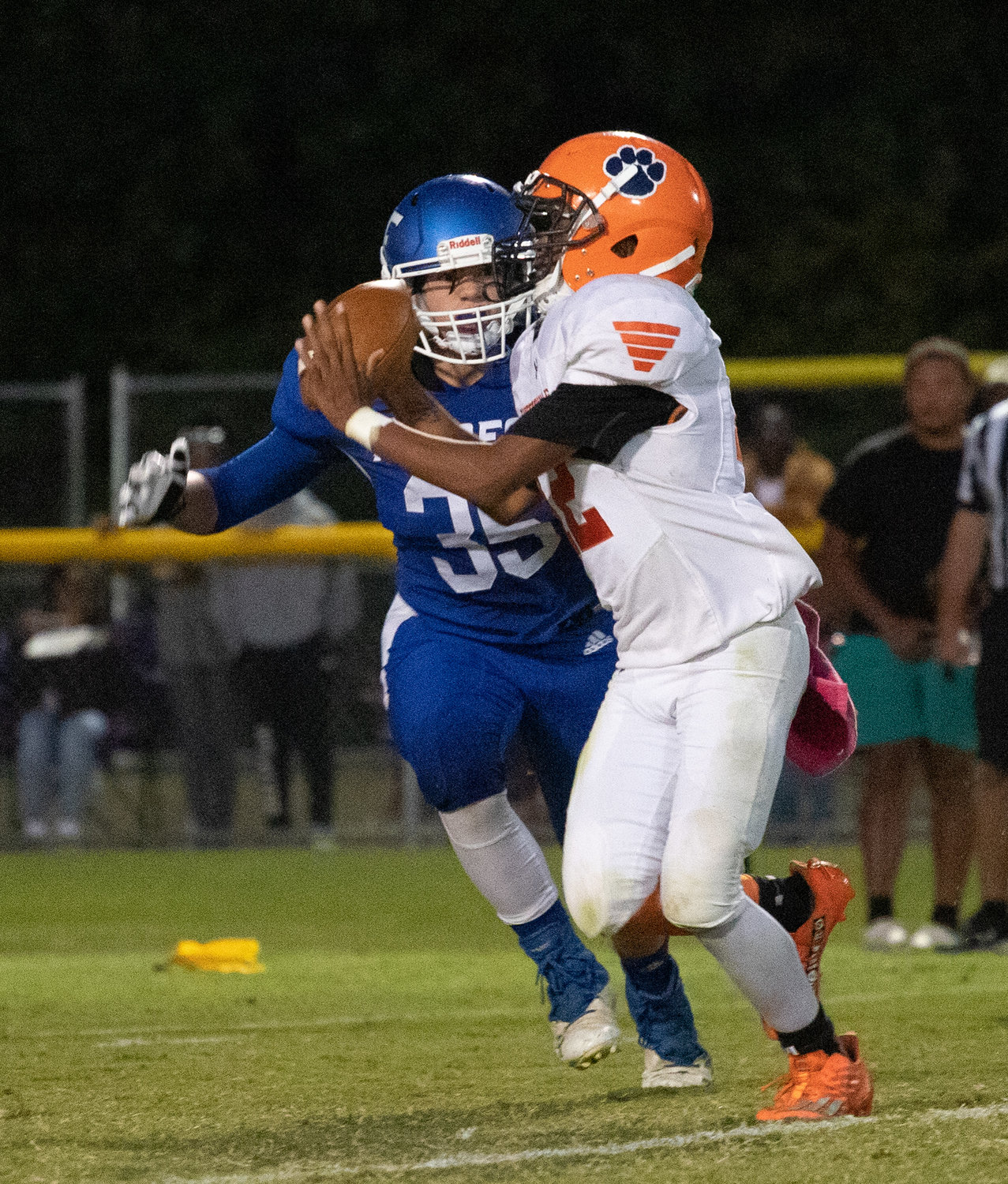 CHAPEL HILL — The Forrest Middle Rockets weren’t playing around Thursday night, hosting No. 2 Fayetteville City Tigers in a heated championship matchup, securing the win 40-16.
The Tigers started the game by running the clock down to 3:44 before scoring their first touchdown, a three-yard quarterback keeper by Fernando Leslie.
The two-point conversion was good, giving the Tigers an 8-0 lead.
Forrest wasted no time responding, scoring on their second play of the drive, Fletcher Fields going on a 32-yard touchdown run. Quarterback Isaac Cruse found Tristan Goad on the two-point conversion, tying up the score 8-8.
Fayetteville City’s Leslie and Keenan Hockett tag teamed over the last 2:50 of the first quarter, working the ball to their own 33-yard line, where they began the second quarter. With 5:21 left in the second, the Tigers grasped their second and last touchdown of the game, but not before Forrest’s Jason Patrick got the sack at the 22 yard line.
Jacob Tincher, Fields, and Goad came together to keep moving the chains for the Rockets, and Quincy Mitchell sealed the deal with a nine-yard cruise into the end zone. Tincher added the extra two, evening the score at 16-16.
The Rockets weren’t letting up on defense, Reed Strasser making a big stop in the backfield, while Goad provided superb coverage to force an incomplete pass. The best play of the game came when Patrick blocked the Tigers punt, allowing Forrest to take over at the 23 yard line. Fields took advantage, scoring on the next play with 38 seconds left in the half.
Before the Tigers could make it out of the half without more damage, Cruse made an interception, snatching another possession for the Rockets.
The second half didn’t hold a great start for either team, Forrest fumbling and Fayetteville City with the recovery, only to turn the ball back over on downs.
Tincher took off on a 32-yard sprint, placing the Rockets on the four yard line, where he finished the drive in the end zone. Fields tacked on the extra two, the Rockets leading 30-16.
Forrest’s stellar defense continued, pushing the Tigers back to their own four yard line, ultimately resulting in a safety, giving the Rockets a 32-16 lead with 51 seconds left in the third quarter.
After the Tigers were forced to punt on their first drive of the fourth, the Rockets took over at the forty-nine. Goad, Fields, and Tincher teamed up to move the ball upfield, where Cruse dipped across the goal line from the one. Cruse handled his own extra two, giving the Rockets a 40-16 lead, which held for the remainder of the game.