It was old-fashioned football at Chapel Hill Thursday night as the undefeated FMS Rockets hosted the Fayetteville Tigers in the Duck River Valley Conference title game. 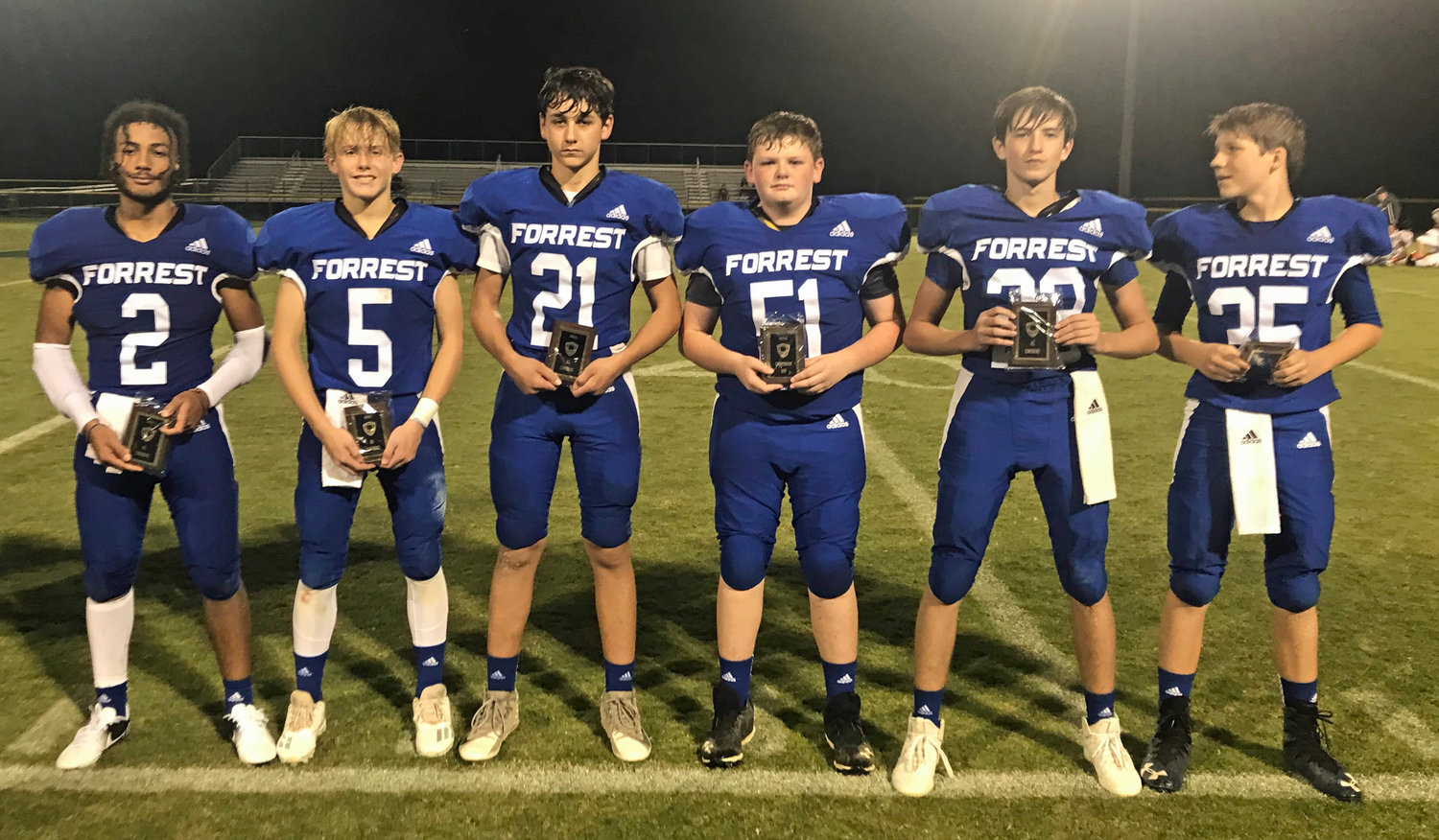 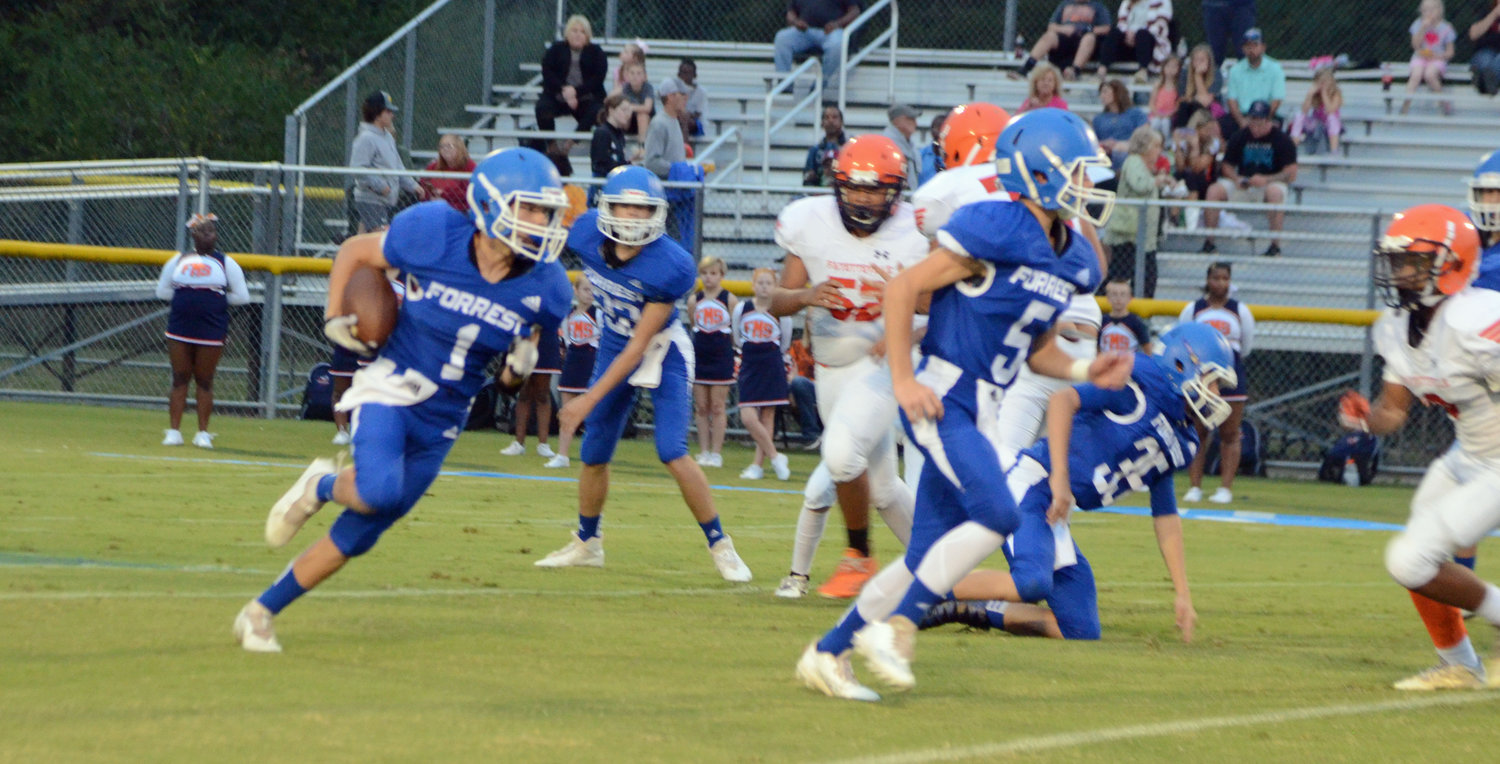 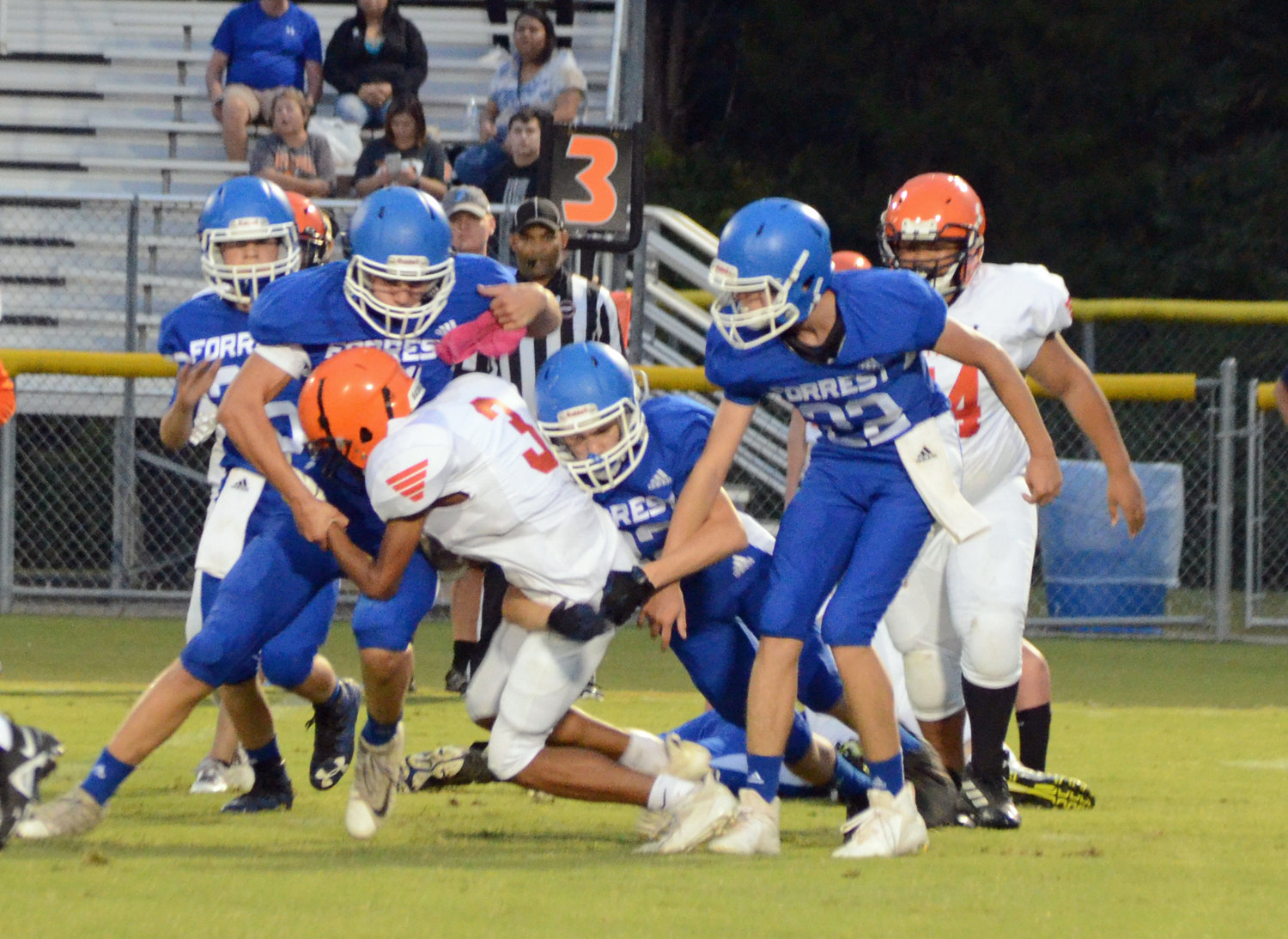 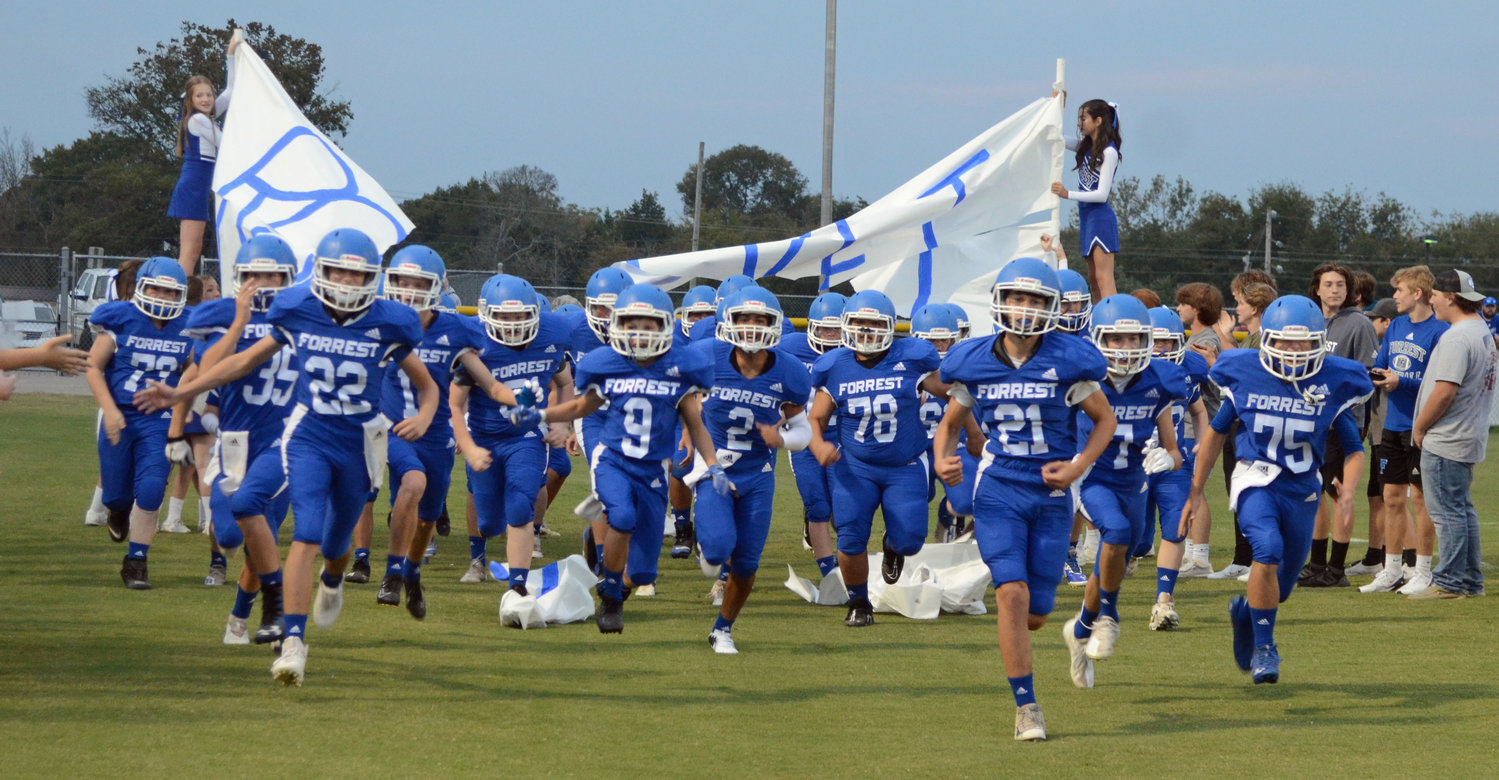 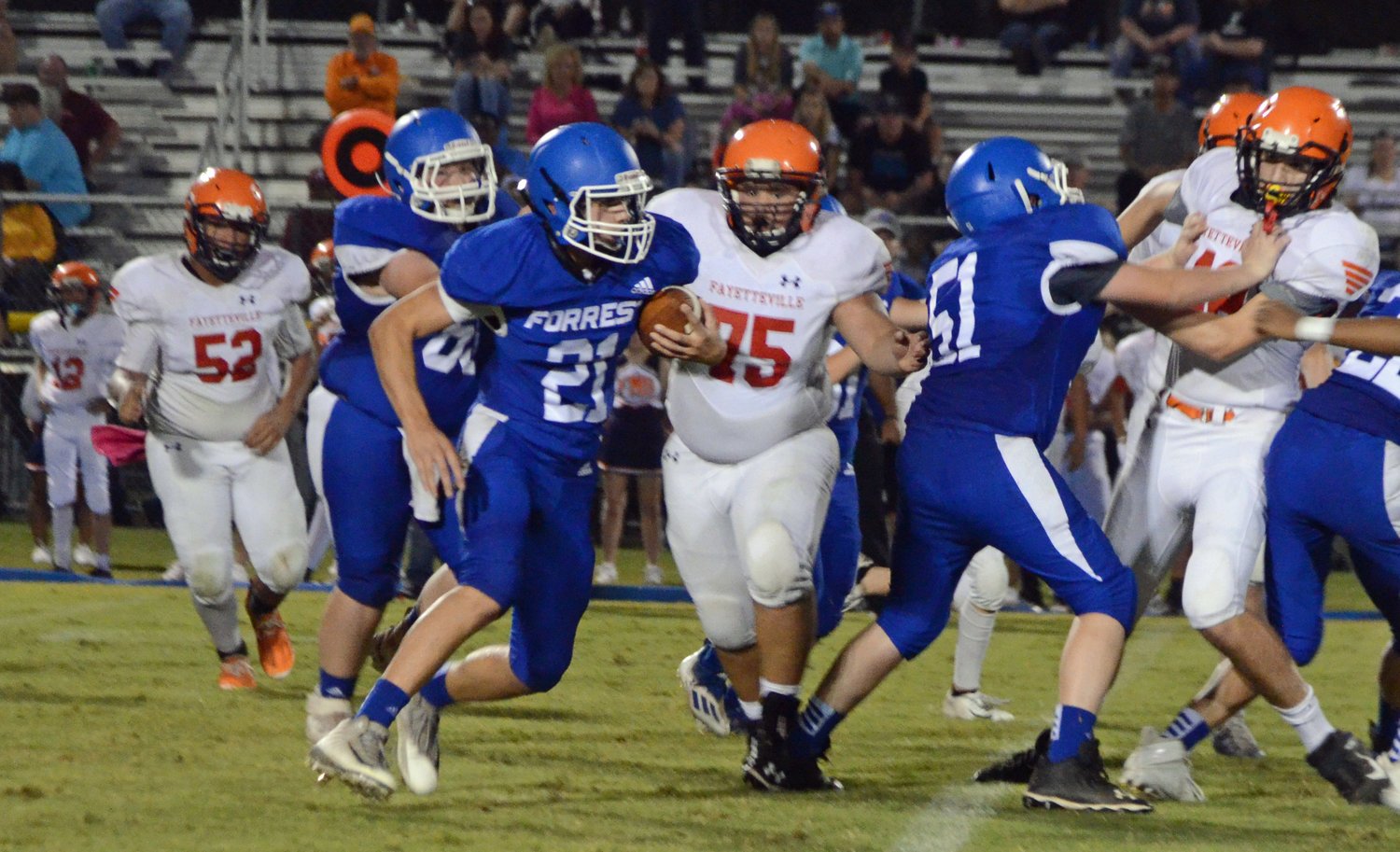 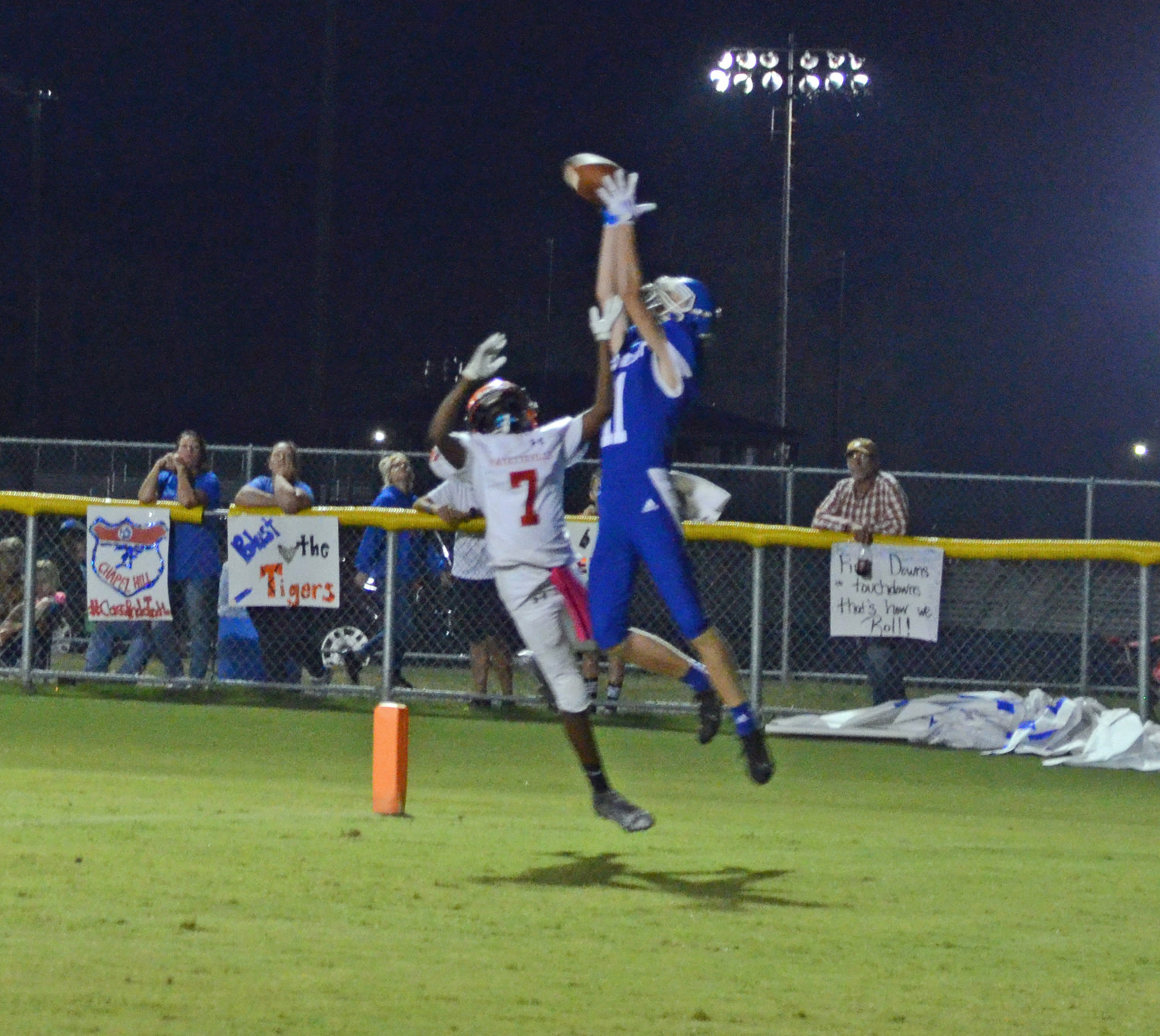 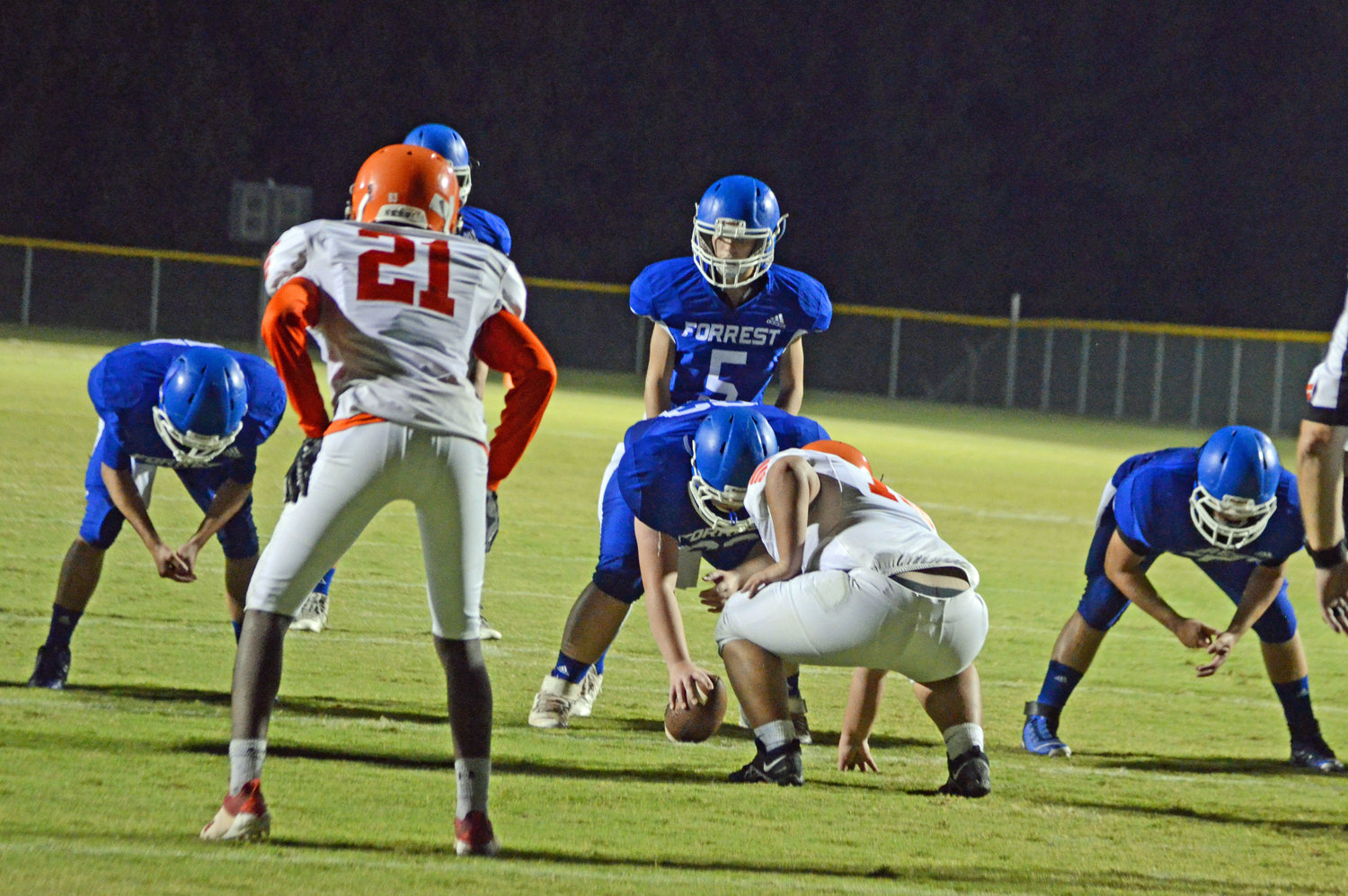 “It’s just surreal right now, these guys are very special to me as a group,” Johnson said. “I am just so thankful for them coming in every day, working, getting better, and allowing us to coach them, so I love every one of them from the bottom of my heart.””
FMS coach Tony Johnson
By Anthony S. Puca Sports Writer

It was old-fashioned football at Chapel Hill Thursday night as the undefeated FMS Rockets hosted the Fayetteville Tigers in the Duck River Valley Conference title game.

Forrest won the regular season title and had beaten Fayetteville 38-0 earlier in the season, but it was an entirely different story in the championship game as both squads turned in stellar defensive efforts.

The Rockets scored on their first drive of the game and didn’t cross the goal line again until under 10 seconds remaining in the third quarter, while holding Fayetteville scoreless in a 14-0 win.

“I’ve been nervous all week because I knew it was going to be a lot closer than the last time we played them,” FMS coach Tony Johnson said. “Fayetteville has a really good team, they are really big and really physical and we have been preaching to them all week that it is not going to be 38-0 this time.”

“At halftime it was 8-0 and we told them, look guys this is the first real ballgame we have been in all year and if you’re winners you will step up to the challenge, if you’re not you will lay down and boy did they step up.”

FMS (7-0) held the Tigers to just 40 total yards in the game and came up with two big turnovers via a heads up special teams play by Houston Matlock, who recovered a bouncing kickoff to open the second half and fumble recovery by Eli Bell on the Tigers’ following offensive possession.

The Rockets won the toss and started at their own 45-line where they went on an eight-play, all-inclusive running drive that ended with a Fletcher Fields 1-yard touchdown run.

FMS quarterback Ryan Hill tossed the 2-point conversion pass to Cohen Grissom and the Rockets led 8-0 with 3:46 remaining in the first quarter.

The Forrest defense forced a Fayetteville punt before driving to the Tigers’ 22-yard line where they were stopped on a fourth down play.

Three plays later, Fayetteville had to punt again, but the Tigers’ defense also held to force the Rockets to kick it away.

The Forrest defense stayed staunch, forcing another three-and-out and after the Fayetteville punt, the Rockets had the ball at their own 48-yard line with 1:35 remaining in the first half.

The Rockets drove to the Fayetteville 9-yard line where a fourth down pass fell incomplete as the first half buzzer sounded.

On the second half kickoff, Grissom mishit the boot and the ball spun towards the Forrest sideline where Matlock raced up to recover the pseudo onside kick at the Fayetteville 38-yard line.

“Honestly, that was a bad kick by Grissom and he was upset, but I told him buddy that just worked out great for us,” Johnson said. “It turned out great, Matlock wanted that football and he got it.”

Once again they drove deep into Fayetteville territory, but the scoring drive was halted at the 8-yard line on a fourth down stop by the Tigers.

Two Keenan Hackett runs moved the ball to the 20-yard line, but on the next touch Bell came up with the loose ball at the 21 with 2:34 remaining in the third quarter.

On first down, Hill uncorked a pass to Kasen Owen, who took it to the 1-yard line and on the next snap, Grissom scored an apparent touchdown, but it was called back on a holding call on the Rockets.

FMS was backed up to the 10-yard line and moments later, a fumble backed them up even further to the 15 where they faced a fourth-and-goal.

Hill dropped back to pass and tossed a rainbow to Owen, who made a nice leaping catch for a touchdown.

The two-point try was no good and the Rockets led 14-0 with nine seconds left in the third quarter.

It was crunch time for the Tigers, who needed to score to stay in the game and they mounted a drive up the 40-yard line where Mitchell Todd came up with a huge sack on a third down play and on the next snap, an incomplete pass ended the drive with 4:41 remaining in the game.

“Our defense has given up 14 points all year, that is hard to beat right there, so I am super proud of them” Johnson said. “They just know what to expect from the opposing team on offense, there are multiple hats at the football, they fly around, we set the edge really well, our middles fill, our ‘D’ line is low and makes piles, and our DB’s are lock down, so you can’t ask for a better group as a defensive unit.”

Forrest pounded the rock and on a third-and-8 play, Grissom took a handoff and it looked like he was stopped short of the first down marker, but he keep moving his feet and then got some help from his Rocket buddies, who pushed the pile all the way to the Fayetteville 39-line yard.

That was all Forrest needed as they ran out the clock to claim its first DRVC title since 2014.

“It’s just surreal right now, these guys are very special to me as a group,” Johnson said. “I am just so thankful for them coming in every day, working, getting better, and allowing us to coach them, so I love every one of them from the bottom of my heart.”

47th Super Pull of the South