After a hard and fearless fight, Eugene Harris answered his heavenly call to home on Tuesday, Sept. 27, 2022 and is “Now at Rest.” 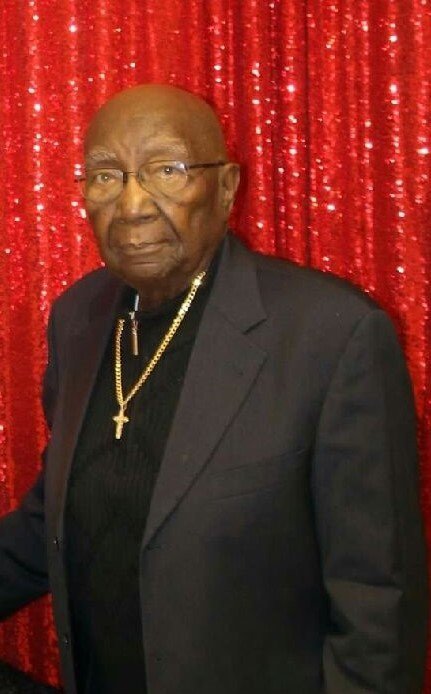 After a hard and fearless fight, Eugene Harris answered his heavenly call to home on Tuesday, Sept. 27, 2022 and is “Now at Rest.”

Eugene was born Feb. 17, 1935, to the late Alexander Harris and Anna Bell Hobbs Harris in Culleoka, TN. Anna Bell passed away in May 1940 when Eugene was 5 years old. He was blessed to be further nurtured in a Christian home by a loving second mother, Mai Belle (Katie) Harris.

Eugene was reared in the Mooresville community of Marshall County. He started his early education at Campbell Station School, in Maury County, and later at the McKenzie school in Marshall County.

At the age of 10, he accepted Christ as his savior and was baptized in October, 1945 at the Fountain Creek Missionary Baptist church of Campbell Station. As an adult he moved his membership to Greater First Baptist, Lewisburg, TN, where he continued to serve and worship as his health allowed.

He married his love, Willow J. Harris, of 65 years, on Dec. 16, 1956. They were blessed with two children, Vickie W. Harris and Victor E. Harris (Mary Kincaid) who survive.

He answered the call of his country and served in the U.S. Army from 1957 to 1961. He was a dedicated employee of ICP and Southland Equipment Company, retiring from ICP in 2000.

In addition to his wife and children, left to mourn his passing are grandchildren, Geoffrey Tears, Latisha Ussery Berry and Pamela Kincaid; sisters, Dorothy V. (James) and JoAnn Edwards; brother, George (Joann) Moore. He was preceded in death by his parents and brothers, Shelly Harris and Leroy Harris. Others who loved and will greatly miss him are his four great-grandchildren and five great-great grandchildren; sisters-in-law, Willow Ma (Lenzie) Campbell, Mammie Harris and Mary G. Harris; brothers-in-law Bobby Harris and Joe (Nancy) Harris; Jill Kincaid and a host of nieces. nephews, cousins and other relatives and friends.

Funeral services for Mr. Harris will be conducted on Sunday, Oct. 2, 2022, at 2 p.m. at Greater First Baptist Church. Burial will follow in Beechwood Cemetery. The family will receive friends from 1 p.m. until service time at the church.