It is with great sadness that we announce the passing of Harvey “Virgus” Ewing, III, of Lewisburg, TN on Tuesday, Jan. 25, 2022. He was a bright spark in this world and will be deeply … 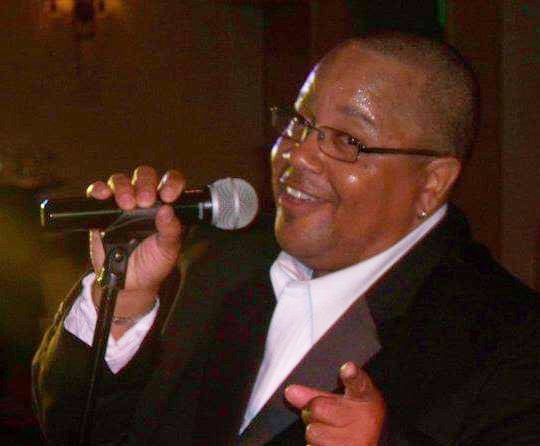 It is with great sadness that we announce the passing of Harvey “Virgus” Ewing, III, of Lewisburg, TN on Tuesday, Jan. 25, 2022. He was a bright spark in this world and will be deeply missed by many. Virgus’ family were unprepared for this unexpected loss, as were his many friends and fellow musicians. He touched the lives of so many in his time with us but is now singing in heaven’s choir.

A visitation will be held on Friday, Feb. 4, 2022, from 4-8 p.m. in the chapel of Bills-McGaugh and Hamilton Funeral Home. Funeral services will be held on Saturday, Feb. 5, 2022, starting at 1 p.m. in the Dottie Kelso Memorial Gymnasium at Marshall County High School. Visitation before service time will begin at 10 a.m.

He was the son of the late H.V. Ewing, Jr. and Annie Katherine Ewing. Virgus was a member of Second Avenue Church of Christ and graduated from Marshall County High School in 1974.

There will never be another “Virgus” or as his brother, Tanoma (Tommy) would say “Birgus.” His caring heart, smile and beautiful voice could fill a room with joy like no other. To most, Virgus was best known as a musician/entertainer. For his family, deep in our hearts there is a memory kept for a loving husband, brother, brother-in-law, uncle, nephew, bonus dad, poppie, poppa juice, Uncle V, and a friend who we will never forget. A man who loved his family beyond measure and we loved him beyond words.

Virgus leaves behind his loving wife Robin Davis Ewing, and their world famous Boo Kitty; three brothers and one sister, Bradford Ewing (Sarita) Lewisburg, TN, Tanoma Ewing (Sarah) Jacksonville, FL, Charles Ewing Lewisburg, TN, Anne Jones Lewisburg, TN; brother-in-law, Alex Davis (Sarah). Although he never had biological children there was no greater bond than the one shared with his bonus children and grandchildren; Crystal Henson (Jason), Cody Isley (Cristen), Lori Sheppard (Brian), Tori Conner (Ivan); grandchildren, Zac Sheppard, James Sheppard, Lexie Sheppard, Jayleen Isley, Shelby Sheppard, Blake Hale, Chevy Henson, Alexis Hale, Emma Isley. Each of them will have so many memories to cherish of the fun times with their Poppie/Papa Juice who love them beyond words and shared his love of music. He is also survived by aunts, Betty Woods and Eulean Mendes; a host of cousins, nephews, nieces and loved by so many more.

He was preceded in death by parents, a brother, Kevin Ewing and a granddaughter, Janie Marie Isley.

As Virgus gave so much of himself in life, he did so even in death, as he gave personally to Tennessee Donor and Organ Services.

One of the most humble humans on earth who never gave himself credit for his talent, or just in general the person he was… One of a kind in so many ways, there will never be another Virgus Ewing he will live on in the memories and hearts of so many.

The family requests masks to be worn. Due to Covid-19 guidelines, we are unable to accept food into the building. Please contact family with any questions regarding food deliveries.

Condolences may be offered online at www.billsmcgaugh.com.